No one has been better than Monster Energy Yamaha Star Racing’s Eli Tomac in 2022, and after his performance Saturday, no one outshines him at Daytona either.

Tomac only led three laps of the Round 9 main event at Daytona International Speedway, but it was enough for him to secure a record-breaking sixth career win at the challenging track, besting AMA Motorcycle Hall of Famer Ricky Carmichael’s five AMA Supercross victories at Daytona.

While Tomac took the 450SX win, it was Red Bull KTM’s Cooper Webb who led the majority of the 450SX main event. The defending champion opened the race with a holeshot and cruised to a comfortable lead, while typical contenders Monster Energy Kawasaki’s Jason Anderson and Rockstar Energy Husqvarna’s Malcolm Stewart got tangled up on multiple occasions.

Some gutsy riding by Tomac allowed him to overtake Team Honda HRC’s Chase Sexton and close the gap on Webb, who lost the lead at the very end after getting caught behind lapper Shane McElrath on the Rocky Mountain ATV/MC WPS KTM.

The late hiccup cost Webb his first win at Daytona, but his performance throughout the night allowed him to finish five seconds behind Tomac for second. Sexton rounded out the podium, his fourth this season.

After nine events, Tomac has extended his 450SX standings lead, garnering 203 points on the year. Anderson (185), Webb (170), and Stewart (164) round out the top 4, with Sexton and Troy Lee Designs Red Bull GasGas’ Justin Barcia sharing fifth at 163 points apiece.

In the 250SX East division, Team Honda HRC’s Jett Lawrence didn’t start the race in the lead, but by the second turn he was in full control. Leading every lap of the race, Lawrence captured his second 250SX East victory of the year, finishing with a commanding lead of over 14 seconds.

With 73 points, Lawrence is five points ahead of Monster Energy Kawasaki’s Cameron McAdoo in the 250SX East standings.

Round 10 action begins Saturday in Detroit. 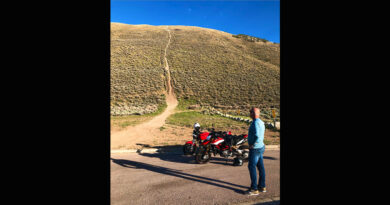 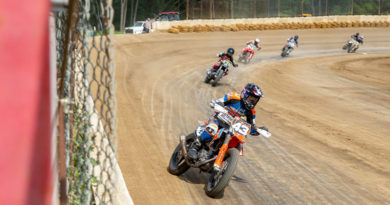 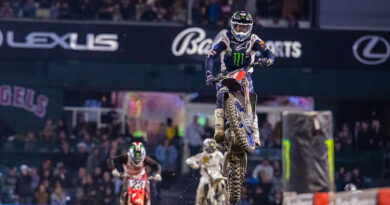