It had been more than four years since Monster Energy Kawasaki’s Jason Anderson last strung together wins in AMA Supercross.

That all changed Saturday, Feb. 19, when Anderson followed up his win in Round 6 with a victory in Minneapolis. The pair of 450SX wins for Anderson gives him three victories on the season and pulls him within 3 points of the 450SX standing’s leader: Monster Energy Yamaha Star Racing’s Eli Tomac.

While Tomac quietly finished in sixth for the Round 7 event, the group of riders chasing him in the standings were hungry to make up some ground.

Team Honda HRC’s Chase Sexton appeared destined to seize the opportunity until he was flung from his bike and forced out of the race.

The early exit left the door open for Anderson to secure his place atop the podium, with defending champion Red Bull KTM’s Cooper Webb taking a comfortable second-place finish.

Since his runner-up finish to open the 2022 season, Webb had failed to reach the podium until Saturday, but a season filled with top-8 finishes puts him at fifth in the standings and 25 points behind the lead.

Fellow Red Bull KTM rider Marvin Musquin rounded out the podium in his best finish of the season. 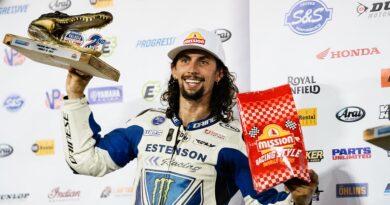 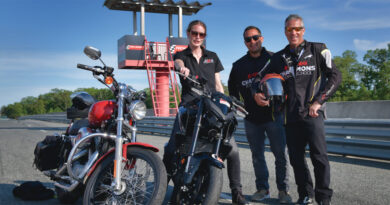 May 5, 2022 Joy Burgess Comments Off on The Tiffany Epiphany