25 class winners emerge from field of 150-plus

Bodee O’Neil, of Hager City, Wis., captured AMA Hillclimb Racer of the Year for the third time in four years with a dominant performance.

Mike Wood, of Bay City, Wis., picked up Vet/Senior Hillclimb Racer of the Year for the third consecutive year, riding a Honda CR500 that he has been racing since 1996.

O’Neil battled with Scott Wentz Jr. all weekend for the event’s best time. When they met head-to-head in VertiCross, which pits riders side-by-side on a designated course on the hill, it was extremely close, with both riders reaching the top in the 8.4-second range.

O’Neil won the King of the Hill competition with an 8.351 on his 600cc class bike. But it wasn’t enough to beat Wentz’s 450cc class-winning time of 8.345, which held as the overall best time of the weekend.

The Waterford hillclimb course includes a tabletop at the start, followed by three jumps along its 345-foot length.

“Pretty much everyone was rolling the first one,” Wentz said. “I decided to jump it, and it worked out in my favor.” His technique served him well.

Due to coronavirus restrictions, the event was rescheduled and ultimately moved from the original location in Pierce County, Wis.

The weather was perfect for the event. Rescheduling from Aug. 7-9 to Sept. 19-20 meant sunny skies and cooler temperatures that had many saying the event should be permanently moved from August to September.

Les Wolfe, a longtime member and current president of the Pioneer Motorcycle Club, said he was very pleased with the attendance under the circumstances.

The Pioneer Motorcycle Club was founded as a riding club in Marietta in 1954 as the Knights of the Golden Circle and started running hillclimbs in 1957 at various locations. In 1974, the club bought the 30 acres in Waterford, Ohio, where the 2020 AMA Hillclimb Grand Championship was held. The club operates two hills on the property, and soon the main hill will be running night races with lights.

Sam Sadler, one of the founding club members, was in attendance and said the club started because Jack Wolfe had a motorcycle shop underneath the Williamstown bridge. Sam had just gotten out of the service, and he and Jack were Harley-Davidson riders who had a few friends with Harleys and Indians.

“Back then, if you saw a motorcycle rider on the road, you knew who it was,” Sadler said. “There just wasn’t many.”

They decided to start a club that met in Parkersburg, W. Va., but moved to Ohio because there was more interest there.

A few years later, they began organizing hillclimbs, among other types of events and rides. Sadler last rode up the hill about eight to 10 years ago on a 400cc Suzuki.

For the 2020 AMA Hillclimb Grand Championship, Wolfe worked with the local officials to create an Ohio-compliant COVID-19 mitigation plan and host the event. 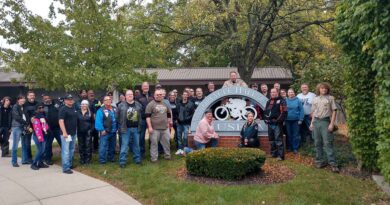 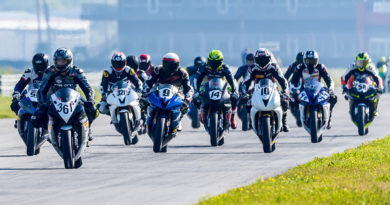 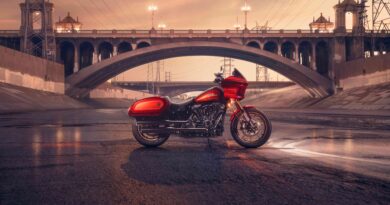