The United States in May 1907 was a much different place than it is today. The country had only 45 states, women’s suffrage was still 13 years out and gas hovered around 20 cents per gallon.

Although the U.S. has changed immensely since, the Pasadena Motorcycle Club (PMC) has been there to witness the more than a century of growth and evolution. Founded May 20, 1907, the club achieved status as an AMA Historic Charter 114 years after its formation.

“It’s funny because we’ve been around longer than the AMA, and our charter is No. 14,” Todd Hodge, a PMC member since 2008, said. “So, we joke that we’re always a day late and a dollar short. Pasadena Motorcycle Club is kind of a black sheep of the family, and we don’t do things on time. And we joke that we should have been No. 1, yet we slipped up and let 13 other people go ahead of us before we got off our asses and got our charter, but it was really cool to be recognized as a historic club.”

The club currently includes around 40 members — 10 to 15 of which are life members. Hodge, who has served on the PMC’s board almost every year since his arrival, said the group emphasizes maintaining a quality group of members.

“Our motto has always been ‘quality over quantity,’” Hodge said. “The number of members in our club isn’t as important to us as the quality of members.”

Members of the club can feel the long history of the PMC when they enter a World War II era Quonset Hut — a place the PMC has called home since 1948. Selected as a Pasadena Historical Landmark, the clubhouse has no running water or internet — commodities the club is working on adding.

Within the historic hut, Hodge was also reminded of the club’s deep roots when he came across an old photo taken at Pismo Beach, Calif. The photo included members of the Western Federation of Motorcyclists — a group that included the PMC.

Backed by a common and deep history, the two clubs became friendly and even recreated the historic photo at Pismo Beach in an event called the Pismo Beach Motorcycle Classic, which had an estimated crowd of 1,000 people.

“It’s just that camaraderie of two old motorcycle clubs and — more importantly — the members of each club share that common bond of loving to ride motorcycles,” Hodge said.

Hodge said the relationship has only strengthened over the years, with both groups making the trip to participate in one another’s events.

Of the events the PMC puts on each year, none is a bigger source of pride to the club than the annual Greenhorn ride. Existing since 1947, the two-day, overnight ride travels hundreds of miles along a unique path chosen by a different member of the club each year. With the potential to start and end anywhere, the ride is kept hidden from participants until the day it is set to commence.

“It basically takes up a year of someone’s life in creating something that hasn’t been done before,” Hodge said. “Being over 100 years old, it’s pretty hard to put together rides that people have never done before.”

San Diego County and Monterrey Bay are a few of the most recent destinations for the historic ride. Hodge said the ride is powerful in its ability to attract new members and strengthen the connections of existing ones.

“It’s a pride of our club, because when people come on this ride, it’s all about memories and stories to tell later,” Hodge said. “Also, it’s the camaraderie.”

Other than the Greenhorn, the PMC’s Poker Run — typically a 150-mile ride along twisty roads — has existed for more than 40 years. However, Hodge recently broke the mold when he organized the Poker Run around touring Pasadena.

“We started at our clubhouse, and I went through the entire town — or the entire city of Pasadena — and made sure that I pointed out local hotspots,” Hodge said. “Just fun little things so that that all of our participants, all of our guests, got to actually experience what makes our city of Pasadena so great.”

Hodge said the last decade brought about an increased emphasis on engaging with the community. This included partaking in the annual Festival of Trees — an event in which people decorate trees that are then bid on. With the proceeds going to charity, Hodge said the PMC’s tree is usually the top seller with its “motorcycles, music and money” theme.

While increasing its focus on the community, Hodge said the PMC also plans to evolve and improve how it operates. In recent years, the advancement of technology and an influx of younger members have led to the use of QR codes for rider registration and smartphones for tracking routes of different event rides.

“I think our rides have stayed the same, but the way that we’re going about it is definitely trying to keep up with the times and technology,” Hodge said.

Looking to the future, Hodge said the club is ratifying its outdated constitution, working on improving the clubhouse and investigating different avenues to participate in the community.

The goal of all these changes? The improvement and continued survival of the more than a century-old motorcycle club.

“[We want to] give the next generation of PMC members a better place than we have right now,” Hodge said. “Literally, it’s about the longevity. We take the fact that we’ve been around for over 100 years very seriously, and we want to make sure we’re around for another 100 years.” 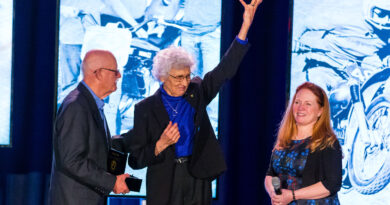 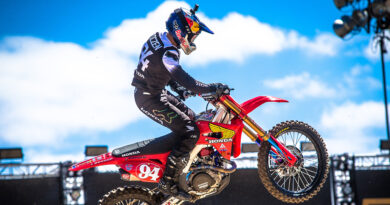 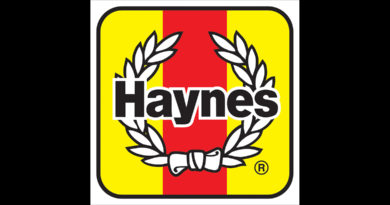 May 5, 2020 Jim Witters Comments Off on AMA members to get 15 percent discount on Haynes, Chilton, Clymer manuals