More Races, More Action In Store For MotoAmerica Championship In 2023

Hot on the heels of a thrilling 2022 season that saw three of its championships decided at the final round – with two of those won on tiebreakers – MotoAmerica, North America’s premier road racing series, has announced its tentative 2023 schedule, highlighted by 20 Medallia Superbike races slated across nine rounds. In total, MotoAmerica will host a record 100 races spread amongst eight classes over the course of the 2023 season.

The Supersport class gets an exciting twist, with two of its rounds (Barber Motorsports Park and WeatherTech Raceway Laguna Seca) featuring a single double-points-paying race race with an extended distance that will require a pit stop for tire changes and fuel.

Additionally, the Medallia Superbike class will compete three times over the weekend at both Laguna Seca and Pittsburgh International Race Complex, with one Saturday and two Sunday races.

“The 2022 season for MotoAmerica saw some excellent racing across all classes and we couldn’t be more excited for what 2023 has in store,” said MotoAmerica COO Chuck Aksland. “The new schedule has taken into consideration costs, geography, and logistics, as well as feedback from fans and teams. As our events grow, it’s also important we expand to larger facilities, and we are extremely pleased to announce a standalone round at the Circuit of The Americas. And, along with increasing the length of two Supersport races to necessitate pit stops, great things are in the pipeline for 2023, and Daytona can’t get here soon enough.”

The MotoAmerica season kicks off as it did in 2022 with the Daytona 200 at Daytona International Speedway. The iconic race will again feature AMA/FIM North America Supersport-class machines with riders from around the world taking part in the race’s 81st running. In addition to the 200, there will be two races for the three other classes set to run on the high banks: REV’IT! Twins Cup, Mission King Of The Baggers, and Roland Sands Design’s Super Hooligan National Championship.

A few weeks after Daytona, MotoAmerica will return to Michelin Raceway Road Atlanta in Braselton, Georgia, for the opening round of the Medallia Superbike Championship, April 21-23. The weekend will also feature Mission King of the Baggers, as well as Supersport, Yuasa Stock 1000 and Sportbike TrackGear.com Junior Cup classes.

For five of the past six years, Barber Motorsports Park in Birmingham, Alabama has been the site of the MotoAmerica season finale, but that changes for 2023 as Barber moves to May 19-21 for the second round of the Medallia Superbike championship. Barber will also see the introduction of the extended-length, double-points-paying Supersport class race, which will bring pit stop strategy and teamwork into play.

From Barber, the championship moves to Road America in Elkhart Lake, Wisconsin on its traditional date of the first weekend in June. Road America will feature the Medallia Superbike class, Mission King Of The Baggers, Supersport and SportbikeTrackGear.com Junior Cup, and will be the opening round of the Royal Enfield “Build. Train. Race.” series.

From Laguna Seca, the series ventures to Brainerd, Minnesota, and Brainerd International Raceway, July 28-30, for round six of the Medallia Superbike Championship, along with Supersport, Mission King Of The Baggers, Yuasa Stock 1000, SportbikeTrackGear.com Junior Cup, and the Royal Enfield’s “Build. Train. Race.” series.

For the first time in its history, MotoAmerica will showcase a standalone event in the Lone Star State with a standalone event at Circuit of the Americas, September 8-10. The historic event will feature round seven of Medallia Superbike as well as Mission King Of The Baggers, Supersport, and the final rounds of the Yuasa Stock 1000 Championship and Roland Sands Design’s Super Hooligan National Championship.

And finally, New Jersey Motorsports Park will play host to the final round of the 2023 MotoAmerica Championship, September 22-24, with Medallia Superbike, Supersport, REV’IT! Twins Cup, SportbikeTrackGear.com Junior Cup and Mission King Of The Baggers all seeing their championships come to a conclusion in South Jersey. 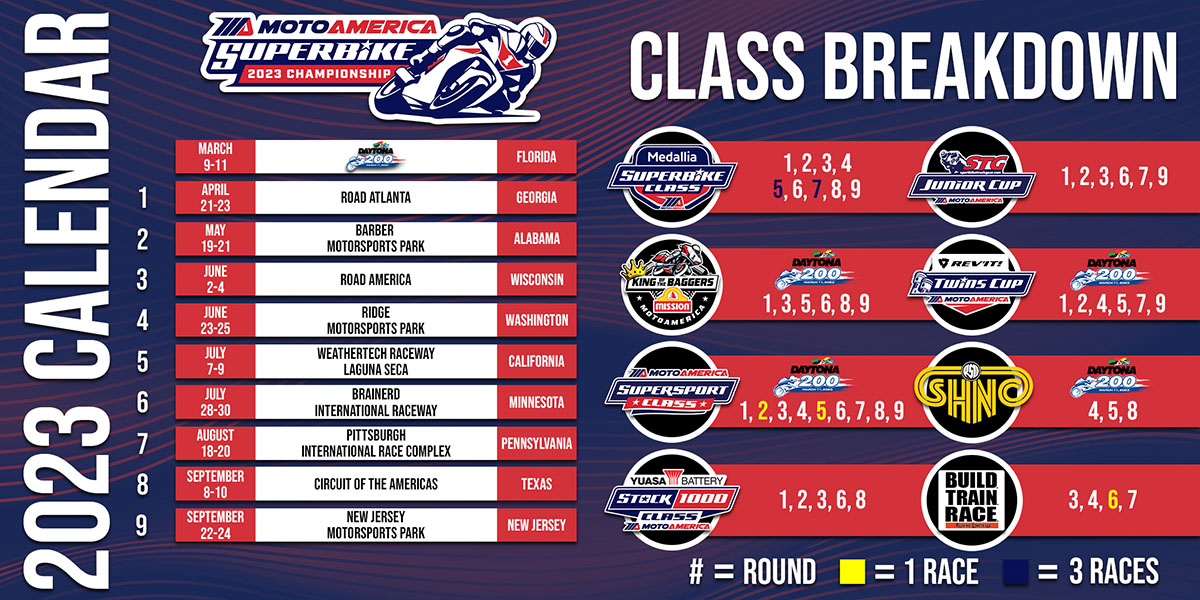 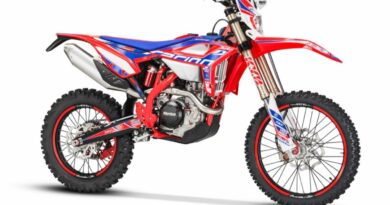 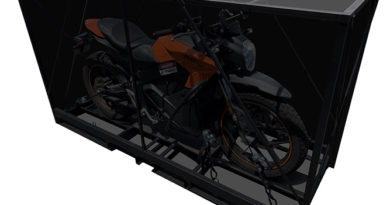 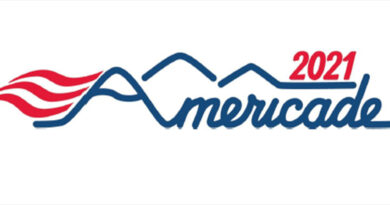 January 22, 2021 Matthew Miles Comments Off on Americade moving to September 2021