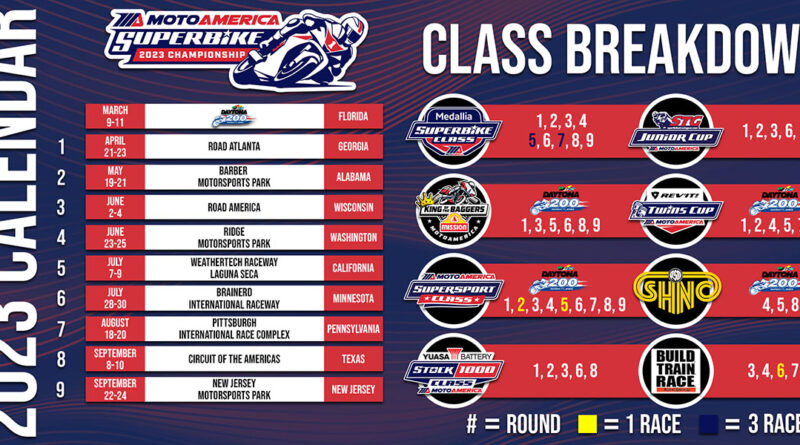 MotoAmerica release by Paul Carruthers Hot on the heels of a thrilling 2022 season that saw three of its championships decided at the final round – with two of those won on tiebreakers – MotoAmerica, North America’s premier road racing series, has announced its tentative 2023 schedule, highlighted by 20