Californian crashed at Bonneville while traveling more than 250 mph

Ralph A. Hudson, a well-liked motorcycle land-speed record holder who suffered serious injuries in a crash at the Bonneville Salt Flats in Utah, has passed away. He was 69.

Hudson, of Alhambra, Calif., died Sept 6 from injuries sustained when he crashed at 252 mph while attempting to set a motorcycle land-speed record Aug. 14. At the time of the crash, Hudson was treated at the scene by medical professionals and then transported by ambulance to Life Flight and flown to Intermountain Medical Center in Salt Lake City, said race officials from the Southern California Timing Association and Bonneville Nationals Inc., which sponsored and organized the Bonneville Speed Week competition.

“Ralph was very laid back on the outside, but someone you knew that, on the inside, the gears were always turning,” McDowell said. “A lot of people refer to him as ‘The Quiet Giant.’ An innovator, a builder, fabricator and thinker, all at the highest level.

“But more than anything, Ralph was a racer, period! His records speak for themselves. To say he will be missed is such an understatement, but it is true. Now, we need to remember his wit, his smile, his willingness to help.”

“The racing community is saddened by this tragedy,” Saillant said. “Our sincerest condolences go out to Ralph’s family and friends during this difficult time.”
In a 12-minute YouTube video titled “300 mph on the Salt,” Hudson explained how he got interested land-speed competition, saying that, in the 1970s, he read a motorcycle magazine article about aerodynamics that sparked his interest in making motorcycles go faster without needing more power.

He said he thought about that concept for decades and sketched aerodynamic motorcycle bodies on cocktail napkins. Finally, he decided to bring his sketches to life.

“I didn’t want to be that guy who just always talks about it,” Hudson said. So he built an aerodynamic body for his street bike and set a land-speed record of 211 mph on his first try.

FIM officials and others are mourning Hudson’s passing.

“We were all deeply affected by the loss of Mr. Ralph Hudson, FIM World Record holder … ,” said FIM President Jorge Viegas and FIM CEO Tony Skillington in a letter to AMA President and CEO Rob Dingman. “On behalf of the FIM, and especially the Commission of Circuit Racing, we would like to extend our deepest sympathy and sincere condolences to his family, friends and loved ones, as well as to your Federation. Please be assured that we share your sorrow at this difficult time.”

“We’ve avidly watched as he competed on the world stage and gained the FIM world record for all-time fastest sit-on motorcycle in Bolivia,” Reber said. “We were excited when he joined the BMST family in an attempt to set a new record on U.S. soil last year. The entire land-speed community mourns his loss. Our condolences go out to Ralph’s family at this time.”

The 2020 Bonneville Motorcycle Speed Trials, AMA Land Speed Grand Championship, which is sanctioned by the AMA and FIM, was canceled this year because of the coronavirus pandemic. 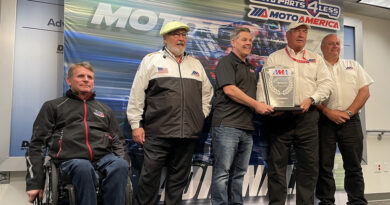 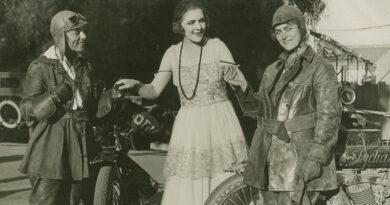 May 4, 2021 jburgess Comments Off on AMA HOF Spotlight: Augusta and Adeline Van Buren 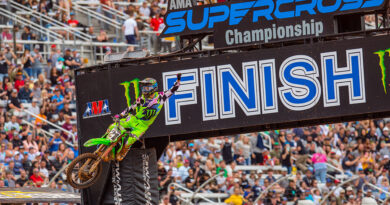