WASHINGTON, D.C. — The National Scenic Byways Program, which the AMA helped initiate, will receive $16 million in dedicated funding as part of the fiscal 2021 omnibus spending package announced by Congress. This marks the first time in nine years that grant funds have been made available for the program. Established in 1991, the National Scenic Byways Program recognizes roadways with notable scenic, historic, cultural, natural, recreational and archaeological qualities. The funding in this spending package is available to the 150 roadways that carry this national distinction, as well as to the more than 1,000 state and tribal scenic byways throughout the country.

SACRAMENTO, Calif. — The state Department of Motor Vehicles has issued the state’s first autonomous vehicle deployment permit to Nuro Inc., allowing the company to charge a fee and receive compensation for its driverless delivery service. The AMA objects to the deployment of autonomous vehicles on roadways unless they can adequately detect and appropriately react to motorcycles in their immediate vicinity. Unlike an autonomous testing permit, which limits the compensation that a manufacturer can receive from the public while validating the technology on public roads, a deployment permit authorizes a company to make its autonomous technology commercially available outside a testing program. The deployment permit grants Nuro permission to use a fleet of light-duty driverless vehicles for a commercial delivery service on surface streets within designated parts of Santa Clara and San Mateo counties, which includes the cities of Atherton, East Palo Alto, Los Altos Hills, Los Altos, Menlo Park, Mountain View, Palo Alto, Sunnyvale and Woodside. The vehicles have a maximum speed of 25 mph and are only approved to operate in fair weather conditions on streets with a speed limit of no more than 35 mph. Nuro has had state authority to test autonomous vehicles on public roads with a safety driver since 2017 and received a driverless testing permit in April 2020.

DURANGO, Colo. — The Chicken Creek Trail Project decision notice was signed, clearing the way for new motorized and nonmotorized trails in the San Juan National Forest. The plan includes a motorized connector trail in the Owen’s Basin and Deer Lick areas, which offer single-track and two-track motorized trails that connect to the West Mancos, Golconda and Aspen Loop Trails.

GRAVOIS MILLS, Mo. —Ozarks International Raceway is under construction and is scheduled to open in the summer of 2021 at the junction of Highway 135 and State Road J. The complex, developed by PF Racing, will include an asphalt track, a dirt tri-oval, a truck off-road track and trail and rally courses. One unique feature of the raceway is a 58-bay car garage made from renovated turkey barns that were on the property. The garage will be a fully functioning maintenance center for race cars.

LACONIA, N.H. — A fire destroyed the Laconia Motorcycle Week office on Christmas Day resulting in the loss of a century’s worth of memorabilia and a beloved cat. A post on the organization’s Facebook page said “collectibles and souvenirs spanning the history of Laconia Motorcycle Week’s 97-year legacy” were lost in the blaze. It remained unclear how the fire started.

IRVINE, Calif. — Motorcycle Industry Council members elected Nicole Allen of Akrapovič, Jeff Brown of EagleRider and Tim Calhoun of Quin Design Helmets to two-year terms on the MIC board of directors. Brown and Calhoun were re-elected for a second term on the 12-member board, and newly elected Allen will take the seat vacated by Andy Leisner.

MEDINA, Minn. — Polaris Inc. Chairman and CEO Scott Wine has resigned to become the new CEO of CNH Industrial N.V., the maker of Case and New Holland agricultural equipment. A search is underway for Wine’s successor. Polaris, one of the nation’s largest makers of motorcycles, all-terrain vehicles and snowmobiles, reports about $7 billion in annual revenue. Wine became Polaris CEO in 2008, when it had $1.9 billion in sales.

PARIS — A French decree allows electric mopeds, electric motorcycles and electric quadricycles to use lanes normally reserved for buses and taxis. Before the publication of the French Decree 2020-1412, only heavy electric vehicles, such as cars and vans, were allowed to use the lanes because of their low emissions figures.

OSLO, Norway — A coalition of organizations led by the Norwegian Motorcycle Importers’ Association has convinced the government to reduce taxes on motorcycles and snowmobiles, according to the Federation of European Motorcyclists Associations. The tax reduction is expected to save consumers up to €8.5 million in taxes in 2021.

PICKERINGTON, Ohio — Members of the Safe-to-Race Task Force, the key players in getting American motorcycle racing started again during the coronavirus pandemic, are the 2020 AMA Motorcyclists of the Year. The AMA Motorcyclist of the Year designation, awarded annually by the AMA Board of Directors, recognizes the individual or group that had the most profound impact on the world of motorcycling in the previous 12 months. Read the full story about the task force’s efforts at magazine.americanmotorcyclist.com/13595/lets-go-racing.

PICKERINGTON, Ohio — The AMA and INIT ESPORTS formed the AMA eSports National Championship, an AMA-sanctioned national championship that INIT ESPORTS will organize and promote under a multi-year agreement as an AMA-chartered promoter. The AMA-sanctioned esports calendar will include two-wheel video game competitions of varying size and scope, culminating in an annual national championship that will award AMA National No. 1 plates to class champions as early as 2021. The AMA and INIT ESPORTS will announce schedule and registration information as it becomes available. Read more at americanmotorcyclist.com/american-motorcyclist-association-awards-sanction-to-init-esports-for-ama-esports-national-championship.

PICKERINGTON, Ohio — The AMA has selected the members of four AMA Recreational Riding Commissions, which are the volunteer groups that develop ways to improve and promote recreational motorcycle riding in the United States. Fifty volunteers were appointed to four committees. Learn their names at americanmotorcyclist.com/members-appointed-to-ama-recreational-riding-commissions. 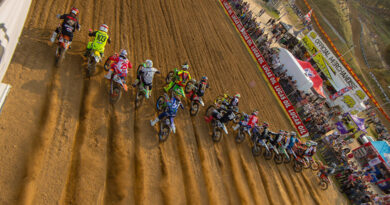 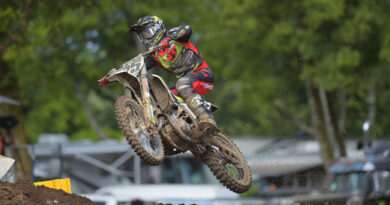 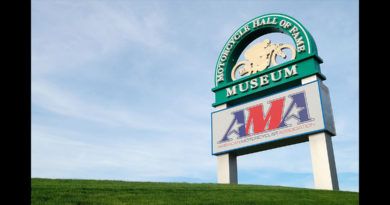