PICKERINGTON, Ohio (May 9, 2022) — The AMA presented No. 1 plates at three consecutive AMA Supercross events recently, with Jett Lawrence becoming the first recipient at Gillette Stadium after the Foxborough, Mass., round; Eli Tomac earning the plate at Empower Field at Mile High in Denver; and Christian Craig most recently collecting his No. 1 plate Saturday at Rice-Eccles Stadium in Salt Lake City.

“The AMA congratulates all three AMA Supercross champions and their teams,” said AMA President and CEO Rob Dingman. “AMA Supercross showcases the best riders from across the world, and Eli Tomac, Christian Craig and Jett Lawrence brought the dedication, skill and energy required to claim the victories.”

Tomac’s 359 points through 16 rounds were enough to clinch the title ahead of the season finale in Salt Lake City on May 7. The 29-year-old Colorado native’s impressive season turned historic when he broke AMA Motorcycle Hall of Famer Ricky Carmichael’s then-record five AMA Supercross victories at Daytona on March 5.

The win at Daytona marked the second of five straight victories that helped propel Tomac toward his championship. He tallied seven wins through 16 rounds.

“It was an unbelievable day and an unbelievable year,” Tomac said after receiving the AMA National No. 1 plate from AMA Director of Racing Mike Pelletier. “It was a season that I dreamed of happening, so for it to become a reality at my home race was super special. I’m just so proud of the whole team. All of the pre-season work that we did paid off and we had some great results in the middle of the season that made the difference — at one point, we had five wins in a row. It’s such a special year. This season was a revival year for me, so thank you, Yamaha, for making that happen.”

Lawrence wrapped up the AMA 250SX East title early in Foxborough, Mass., on April 23 with a podium finish — his eighth of the season — that increased his points total to 169 on the year. The championship marked the first AMA Supercross title for the 18-year-old Australian’s career.

“I’ve dreamed of this since I was a little kid,” Lawrence said. “All the hard work that we and the team have put in, and all the hard times I’ve gone through — this one night makes all that disappear. I just have to say thanks to the team. I wouldn’t be here without my brother; I feel like he should have a No. 1 plate too, because he’s a big part of this. This one is definitely a lot more than the outdoors [title]; I’ve had a lot of rough runs in [AMA] Supercross, so this is unreal.”

The AMA 250SX West class crowned Craig as its champion Saturday. While the title was Craig’s first in AMA Supercross, the 30-year-old navigated the season in dominant fashion — leading the class throughout the season.

After injuries led to an early retirement in 2013, Craig returned to full-time racing in 2016. Through the 2022 season, Craig secured four victories on his way to winning the AMA No. 1 plate. Craig’s title marked the Yamaha Star Racing team’s fifth straight 250SX West title.

“It feels like I’m in a dream,” Craig said in a post-race press conference. “This all seemed impossible two years ago. I kept digging; I kept believing; I kept grinding. And I’m here now. I’m so thankful to be in this position. It’s like a dream come true…it’s been our goal. This is something very special and it starts with my family for going through the bad, the good, the ups and downs, the injuries…I was ready to hang it up. The team believed in me and my family never stopped believing in me. I got here, and I couldn’t be happier.” 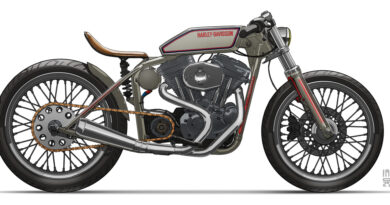 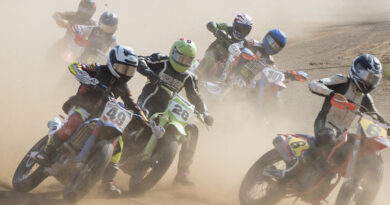 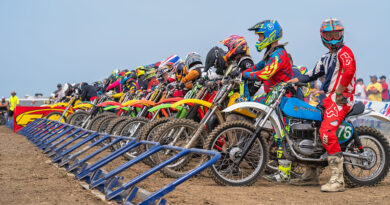