PICKERINGTON, Ohio (March 23, 2022) — The American Motorcyclist Association has named Dustin Cook the Amateur Ice Racer of the Year and Hunter Christian the Youth Ice Racer of the Year. The recipients were determined, in part, by their performances at the 2022 AMA Ice Race Grand Championship, held Feb. 12 in Sumner, Mich.

“Both Dustin [Cook] and Hunter [Christian] proved to be very deserving of their respective awards this year,” AMA Track Racing Manager Ken Saillant said. “Dustin was incredibly impressive and dominant at the championship in Michigan, and Hunter showed that he is one of the brightest young stars in ice racing.”

“It’s amazing,” Cook said on winning the honor. “It’s like a lifetime achievement. I’ve been ice racing a long time and it’s just one of those things I wanted to win.”

Seven-year-old Christian resides in Pinconning, Mich., and a victory in the 50 Open class propelled the young rider to his Youth Ice Racer of the Year honor only about a year after he participated in his first ice race.

While Christian said the honor meant a lot, he also noted his focus in 2022 was a lot simpler than winning awards.

“Basically, [my goal] was to do better than I did last year,” Christian said. “I kept getting second because my cousin kept beating me.”

The AMA selected Cook and Christian with input from race promoters and referees. Race results were also considered in the AMA’s selection process.

Look for more coverage of the award winners, ice racing and all types of AMA amateur racing in the pages of American Motorcyclist magazine. 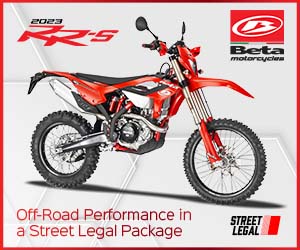 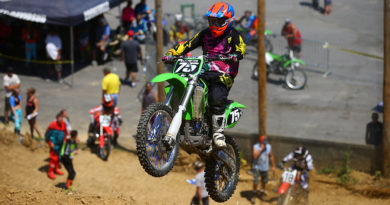 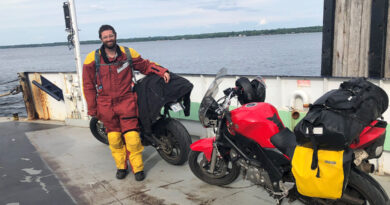