Last year, the AMA also worked with the MIC and MSF on a letter, joining their existing effort urging the White House to recognize Motorcycle Safety Awareness month, highlighting the organizations’ — and DOT’s — annual public-awareness campaigns.

“For millions of Americans, riding a motorcycle is more than a mode of transportation — it’s a way of life,” President Biden said in the letter. “A motorcycle offers freedom, recreation, and the opportunity to explore our great Nation coast-to-coast. But unfortunately, riding is not without risk. Each year, thousands of motorcycles are killed on our Nation’s roads and highways … My administration remains committed to ensuring the safety of everyone who rides a motorcycle and all who travel across our Nation.”

President Biden also addressed the Bipartisan Infrastructure Law and its plan to modernize highways, roads, and bridges used by motorcyclists across the country. That same law also reauthorized the Motorcycle Advisory Council (MAC) to advise the Department of Transportation on motorcycle safety issues.

The most recent iteration of the MAC was chaired by the AMA’s Director of Government Relations Michael Sayre from 2017 until 2020 when the MAC submitted its recommendations to the Department of Transportation. The MAC’s recommendations addressed concerns with roadside barrier design, roadway design, construction, and maintenance practices along with concerns with emerging intelligent transportation technologies.

“We’re eagerly waiting for the new MAC to be seated,” Sayre said, “and to begin its work. The AMA and other motorcycling organizations worked hard to expand the membership of the MAC as well as require multiple rounds of recommendations and provide more representative and exhaustive feedback from the motorcycling community. We also look forward to the administration working with the motorcycle community to advance safety for our roads.”

“The AMA also calls upon the Biden administration to follow through on this statement and the requirements set forth in the Bipartisan Infrastructure Law,” Sayre continued, “including motorcycles in the testing and standards for advanced driver assistance systems and automated vehicles, a safety benefit the recently proposed update to the New Car Assessment Program acknowledges, but fails to do.”

Stay tuned to AmericanMotorcyclist.com and the AMA’s social media channels throughout the month of May for more information and tips surrounding motorcycle safety and awareness. 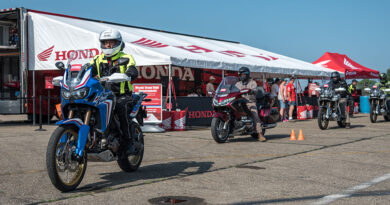 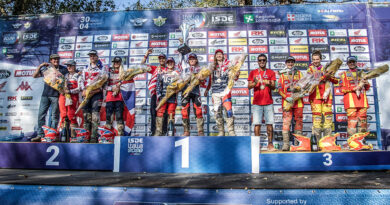 September 10, 2021 jburgess Comments Off on Two American Teams Visit the Podium at 2021 ISDE 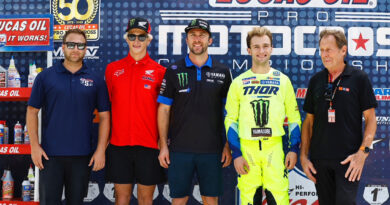