Brandy Richards Announced as 2021 AMA Motorcyclist of the Year

PICKERINGTON, Ohio (Dec. 17, 2021) — Following a historic and undeniable performance in the 2021 International Six Days Enduro (ISDE), Brandy Richards has been named the 2021 American Motorcyclist Association Motorcyclist of the Year.

Richards became the first person in the century-plus history of the ISDE to win every single test in her class. Her flawless performance in Italy spanned 28 tests scattered across six days of riding. Her efforts helped the U.S. Women’s World Trophy Team win the 2021 ISDE by more than 15 minutes over runner-up Great Britain.

“Brandy Richards accomplished something truly extraordinary in Italy this year,” said AMA Board of Directors Chairman Russ Ehnes. “Making ISDE history with her performance on the world stage deserved recognition — which is why we selected her as the AMA’s 2021 Motorcyclist of the Year. We’re extremely proud of her stellar example of American greatness and to have her as an AMA member.”

The annual award is given to the individual or group that had the most profound impact on the world of motorcycling that year, and the recipient is voted on by the AMA Board of Directors.

“I never thought I’d be considered for [Motorcyclist of the Year] even after winning ISDE,” said Brandy Richards. “It’s amazing that the AMA recognized me…and I’m shocked and grateful to be given this honor.”

The AMA Board also awarded the AMA Dud Perkins Lifetime Achievement Award to Dan Kleen, who has served as Chairman of the Board of Directors for the National Off-Highway Vehicle Conservation Council for the last 21 years.

Recipients of the award showcase the highest level of service to the AMA in an area of activity, and Kleen’s help establishing the Iowa Off-Highway Vehicle Association, efforts forming the Iowa Motorsports Coalition, and role in founding the Friends of Iowa’s Trials group, made him the perfect candidate for the honor. An avid hunter, Kleen also helped set up hunts and rides for disabled veterans in Iowa and other states.

The AMA Bessie Stringfield Award is bestowed upon an individual who has been instrumental in introducing or promoting motorcycling to emerging markets, and the 2021 honoree is Ryan McFarland.

McFarland, founder of Strider Bikes, focuses on increasing kids’ exposure to riding bicycles and developing necessary skills that are beneficial to riding motorcycles. But his efforts do not stop with addressing youth participation and education to uplift the future of motorcycling, as McFarland’s Strider Bikes also create bikes and programs to assist individuals with special needs in learning to ride.

Rounding out the AMA Board of Directors Awards, Porsche Taylor is being recognized with the AMA Hazel Kolb Brighter Image Award — an honor given to individuals or organizations that generate good publicity for motorcycling.

Taylor, founder and editor-in-chief of Black Girls Ride (BGR) Magazine, has contributed to increasing representation and recognition of women — particularly women of color — in motorsports. The BGR movement has led to an annual Beautiful Bikers Conference and an annual Black Girls Ride to Essence Fest, which aim to integrate motorsports into the largest celebration of Black women in the world.

More information about 2021 AMA Motorcyclist of the Year Brandy Richards can be found in the January edition of American Motorcyclist. 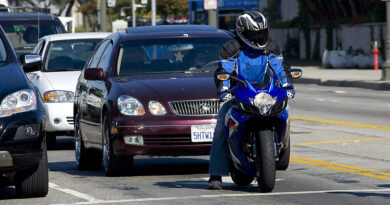 May 2, 2022 Joy Burgess Comments Off on May is Motorcycle Safety Awareness Month 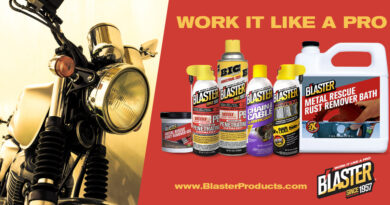 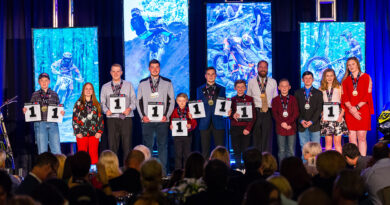