WASHINGTON, D.C. — President Trump is withdrawing his nomination of William Perry Pendley as the head of the U.S. Bureau of Land Management. The nomination was announced in June. Both Democrats and Republicans pressured the administration to withdraw Pendley’s name, in part because of his previous support for selling off federal lands. He continues to serve as the acting director.

WASHINGTON, D.C. — U.S. Reps. Michael Burgess (R-Texas) and Tim Walberg (R-Mich.), co-chairs of the House Motorcycle Caucus, asked House leaders in August for a floor vote on H. Res. 255, which addresses motorcyclist profiling. The Senate passed an identical version of this resolution in 2018. The AMA position statement on motorcyclist profiling can be found here.

WASHINGTON, D.C. — The U.S. Bureau of Land Management and the Utah Department of Natural Resources agreed in April to establish a program to restore the Bonneville Salt Flats. As part of the fiscal year 2020 BLM budget, Congress expressly authorized money to start the program. The Interior Department, however, has not released the funds, which are subject to a Sept. 30 deadline. AMA members and other supporters of this important program are asked to contact the Secretary of the Interior immediately and demand that these funds are allocated, as instructed by Congress. Click here to take action to make your voice heard on this important issue. Whether you are a racer, on-site spectator or fan, please add a few sentences describing the importance of Bonneville Salt Flats to you, your family or your business.

SHOSHONE, Idaho — The South Central Idaho Resource Advisory Committee has scheduled a virtual meeting for 9 a.m. Sept. 24. The committee is authorized under the Secure Rural Schools and Community Self-Determination Act and operates in compliance with the Federal Advisory Committee Act. The purpose of the committee is to improve collaborative relationships and to provide advice and recommendations to the Forest Service concerning projects and funding consistent with Title II of the Act. RAC information can be found at fs.usda.gov/main/bdnf/workingtogether/advisorycommittees. Contact Julie Thomas, RAC coordinator, (208) 423-7500, or, by email, julie.thomas@usda.gov, for meeting call-in information.

DETROIT — The University of Michigan is a partner in a first-of-its-kind corridor for connected and autonomous vehicles. The first phase of the project is a two-year feasibility assessment to test technology and explore the viability of a 40-mile driverless vehicle corridor between Downtown Detroit and Ann Arbor. Initial project partners include Ford Motor Co.; U-M, home to the Mcity Test Facility, the U-M Transportation Research Institute, the Center for Connected and Automated Transportation and facilities along the proposed corridor; and the American Center for Mobility.

GORHAM, N.H. — The municipalities of Gorham and Shelburne are backing a state application for a Forest Legacy grant to buy conservation easements that would keep nearly 5,000 acres of the Gorham Land Company as a privately owned working forest, prohibiting motorized use. The 4,881-acre Androscoggin Valley Corridor project includes three tracts in Gorham totaling 3,851 acres and a single, 1,030-acre tract in Shelburne. The Gorham selectmen voted unanimously at their Aug. 19 meeting to endorse the Conservation Fund project that would “permanently protect these lands (to) guarantee public access and sustainable timber management,” as they stated in a letter. The easement designates that the area is to be maintained in its natural condition, permitting no excavation for sand or gravel, no building, no off-road-vehicle use—although a snowmobile trail would be included—and no roads, other than the current access for the Pine Mountain tower or temporary roads for logging.

NEW YORK — Riders on Revel scooters in New York, Miami, San Francisco and the District of Columbia must wear helmets while riding and send a selfie image to the company to ensure compliance. And riders also will have to complete a three-minute safety video and a 20-question test. The requirements were put in place after a third person died from injuries sustained in a Revel scooter crash. All that was previously required to ride a Revel was a standard driver’s license, because the 30-mph vehicles don’t require a motorcycle permit.

SALEM, Ore. — The state Parks and Recreation Department is seeking volunteers for two positions on its All-Terrain Vehicle Advisory Committee. One of the successful candidates will also serve on the ATV Grant Subcommittee. The positions are for an at-large ATV user representative, who also will serve on the ATV Grant Subcommittee, and an ATV dealer representative. Volunteers serve up to two consecutive four-year terms. To apply, visit oregon.gov/oprd/ATV/Pages/ATV-committee.aspx#1 and click the “Committee Interest Form” link at the bottom of the section. Applications will be accepted until 5 p.m. Sept. 10.

RAPID CITY, S.D. — The Black Hills National Forest Advisory Board is holding a virtual meeting 1 p.m. Sept. 16. Board information, including the meeting agenda and the meeting summary and minutes, can be found at: fs.usda.gov/main/blackhills/workingtogether/advisorycommittees. Board members bring their own distinctive perspectives to the planning process, and they also need members of the public to join the discussion. Now is the time to engage with land managers and share your views. Contact Scott Jacobson, committee coordinator, (605) 440-1409 or scott.j.jacobson@usda.gov for dial-in information.

STURGIS, S.D. — COVID-19 cases in eight states have been linked by health officials to attendance at the Sturgis Motorcycle Rally held in early August. The North Dakota Health Department tweeted that 17 people “who are connected to” the rally have tested positive for the virus. Other cases have been confirmed in Minnesota, Montana, Nebraska, Washington, Wisconsin, Wyoming and South Dakota. The Associated Press reported more than 100 cases in total have been linked to the event, which drew a crowd estimated at more than 450,000. South Dakota does not require that masks be worn in public.

POWNAL, Vt. — Residents petitioned officials for a town-wide vote on an ordinance passed in July that allows ATVs on most public streets and roads, beginning Sept. 7. The petition prevents the ordinance from becoming effective until a vote is held.

MILWAUKEE — Harley-Davidson has delayed the launch of its Bronx streetfighter motorcycle, focusing instead on the rollout of its Pan America adventure bike for 2020. The decision on the Bronx is part of the company’s new five-year strategic plan, dubbed The Hardwire, which includes extensive changes to Harley’s operating model, updated motorcycles, new products and a focus on accessories and general merchandise.

PICKERINGTON, Ohio — The AMA promoted Mike Pelletier to director of racing from his role as AMA Supercross manager. In his new role, Pelletier will manage the AMA’s domestic amateur and professional competition operations, and will continue to oversee the AMA’s responsibilities for the AMA Supercross Championship and work with AMA Competition Commissions and their role in the maintenance and development of the AMA Amateur Competition Rulebook. Bill Cumbow, who was the acting director of racing, is now the director of international competition, transitioning from his previous role as director of road racing relations. Working closely with Pelletier, Cumbow will manage all of the AMA’s activity in events sanctioned by the Fédération Internationale de Motocyclisme and FIM North America. Cumbow will continue his responsibilities for MotoAmerica, home of the AMA Superbike Championship and the FIM North America Road Racing Championship. Read more here.

PICKERINGTON, Ohio — AMA member Tiffany Cipoletti, who has worked on motorcycle rights issues in Washington, D.C., for more than a decade, is the new American Motorcyclist Association government relations manager for on-highway issues. She will be based at the AMA Government Relations office in Washington, D.C., reporting to AMA Government Relations Director Mike Sayre. Read more about Cipoletti here.

PICKERINGTON, Ohio — The AMA recognized four outstanding racers with special awards at the conclusion of the 2020 Monster Energy AMA Amateur National Motocross Championship held Aug. 3-8 at Loretta Lynn’s Ranch in Hurricane Mills, Tenn. Levi Kitchen is the 2020 AMA Amateur Motocross Rider of the Year. AMA National No. 1 plates were awarded in 36 competition classes at the event, as well. For the full story, click here.

PICKERINGTON, Ohio — More than 725 riders from as far away as California and New York turned out July 19-25 for the 2020 AMA Flat Track Grand Championship, first at Plymouth Speedway in Plymouth, Ind., and, then, at Ashland County Fairgrounds in Ohio. Rainstorms forced adjustments to the event schedule and racing disciplines. At the close of the week, three days of half-mile and one day of TT racing were completed. AMA National No. 1 plates were awarded in 10 Amateur and nine Youth classes. Kody Kopp, son of 2000 AMA Grand National Champion Joe Kopp, is the recipient of the 2020 Nicky Hayden AMA Flat Track Horizon Award. For the full story, click here.

July 14, 2021 kkotoski Comments Off on LiveWire ONE Debuts with a $10k Price Cut
News

July 13, 2021 kkotoski Comments Off on Ashes to Asphalt 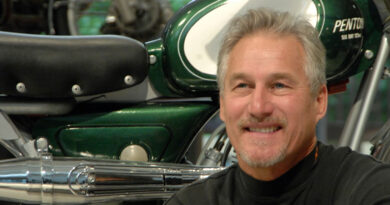 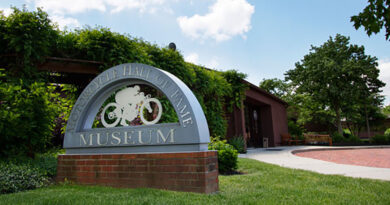 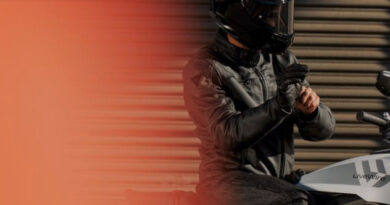