The U.S. Women’s World Trophy Team took the lead in the Women’s Class on the second day of the 2019 FIM International Six Days Enduro, while the other American Trophy teams held onto second place in their respective classes.

In the Club team competition, the American XC Gear team padded its lead by several minutes over a Club team from France, extending it almost 10 minutes!

It was tough times for the AMA District 37 Club team. After finishing Day 1 in third place in class, rider Blayne Thompson’s bike reportedly broke, resulting in a DNF for Thompson and the team dropped to 86th in the Club standings.

In World Trophy division, the American team of Steward Baylor, Taylor Robert, Kailub Russell and Ryan Sipes had a somewhat disappointing day. They were unable to keep up with Australia’s phenomenally fast Daniel Sanders. Sipes had an off day, finishing 11th in the individual times, dropping him to sixth place overall.

Robert and Russell put in solid times and now sit third and fourth overall, respectively, behind Sanders and Josep Garcia of Spain.

“I felt like I rode a little bit better today [but] the tracks were super-rough,” Robert said. “It’s crazy how much rougher they got. But in one sense it was a little bit better for me. I think I was top three in a bunch of tests today. Yesterday, I don’t think I was top three in anything. So, that was good for me, but it didn’t really change me too much in the overall. Yesterday, I was in fourth overall, just behind Ryan by a few tenths.

Baylor, who sits in 16th overall after two days, had a similar outtake on the World Trophy team’s situation.

“I think right now, everyone’s ready to see some new tests,” Baylor said. “I don’t think any of us are riding as good as we should be or as good as we could be. That’s tough for all of us and tough to keep your head in it. The general attitude has obviously changed since the morning.”

U.S. Junior World Trophy riders Grant Baylor, Ben Kelley and Josh Toth also lost time to the class-leading team from Australia. As day ended, the American team was 3:26.90 seconds behind the Aussies. Italy moved past France into third place and is now 5:24.12 behind the American team.

As on Day 1, two Australian Juniors are in the top 10 overall, and American rider Kelley moved up a spot to 13th place overall. Baylor advanced five spots, ending the day in 21st place. Toth slipped to 40th overall.

Led by Brandy Richards, the trio of American Women’s World Trophy riders turned a 5.45-seconds deficit at the end of Day 1 into a lead of 1:08.65 on Day 2. Australia maintained third place, but now sits 1:14.37 behind Germany.

Richards ran second to Germany’s Maria Franke in the first three tests before turning it around later in the day. She placed first in the day’s final four tests, outpacing Franke on the day by 7.30 seconds.

Combined with Becca Sheets finishing Day 2 seventh in class and Tarah Gieger finishing eighth, the American women appear to be getting faster as the event goes on.

“I’d say the first two days have been pretty solid,” Sheets said. “It seems like all three of us are staying pretty consistent, which is good. None of us has had any major issues. I know for myself, sand is not my forte so just to be able to make it through the first two days [and] get through the sand [tests] without any crashes or anything is really good for me. I think we’ve set a good pace and I’m excited to ride some new stuff tomorrow.”

“In the past, I’d kind of throw it away in the first couple days,” she said. “I was focusing on just staying consistent the first couple days and getting through them without falling and making mistakes. I mean, I’ve fallen a couple times, but for the most part I’ve done really well.”

In the Club team ranks, the American XC Gear team of Dante Oliveira, Ricky Russell and Austin Walton put in strong performances to stretch the team’s class lead to 9:55.45.

“We started off [yesterday and today] with two sand tests,” Olivera said.”I love the sand. There’s no better way to start and I was pumped off that. I don’t know—I’ve just been having fun here. Today went all right. There were a couple tests I struggled in, but I was able to get back to the sand and just hold it on and finished it off pretty well. I didn’t hit the floor yet, so that’s good.”

With the AMA District 37 team dropping in the rankings, the Gas Gas USA team moved up from 11th to ninth in the Club standings. Other U.S. Club teams include Mojo Motorsports (Anson Maloney, Josh Knight and Tanner Whipple) leaping up from 14th to 12th; the Eric Cleveland Memorial team (Kevin DeJongh, Nic Garvin and Austin Serpa) holding onto 16th place; the Missouri Mudders (James King, Anthony Krivi and Nathan Rector) climbing from 23rd to 20th; and the Elizabeth Scott Community team (Jayson Densley, Paul Krause and Brian Storrie) vaulting from 39th to 33rd. 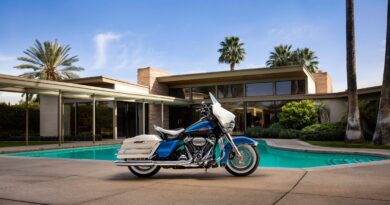 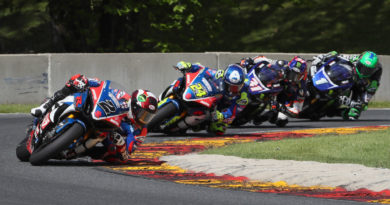 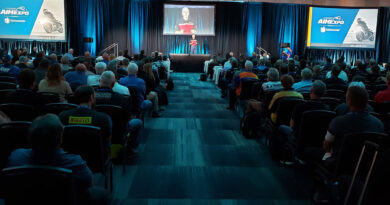