Council members voted to cancel the traditional opening ceremony, B-1 flyover, photo towers and other events. There will be hand sanitizing stations throughout the city because of the COVID-19 virus.

Read the whole story at https://rapidcityjournal.com/.

The council and city manager earlier considered canceling the rally because of the coronavirus pandemic, but businesses pledged to host the rally, even if the city opted out.

“You can’t cancel what you don’t own,” said Randy Peterson, owner of Sturgis.com, the website dedicated to promoting the Sturgis Motorcycle Rally. “You can choose to participate or choose not to participate, but the Sturgis Rally will still go on, regardless of what the city of Sturgis chooses.”

In 1938, a fledgling AMA club called the Jackpine Gypsies and its president, Clarence “Pappy” Hoel, began the event with a motorcycle race, and a motorcycle tour to Mount Rushmore was included in 1939. Both the club and Hoel have since been inducted into the AMA Motorcycle Hall of Fame.

The rally grew in attendance over the years. Real growth came in the 1970s, a decade that began with about 3,000 riders arriving in Sturgis for Bike Week and ended with 10 times that many. By 1990, that number had grown by a factor of 10 again, with a record crowd of 300,000 arriving for the 50th running of Sturgis in 1990.

During that time, the Jackpine Gypsies realized that their Black Hills Motor Classic has turned into two events: the organized ride and races the group originally planned, and a massive gathering of motorcyclists accompanying it.

The club decided that it couldn’t handle all of those varied activities with a limited number of volunteers so club officials asked the Sturgis Chamber of Commerce to take over the rally program.

Meanwhile, other towns in the region, realizing the economic impact of a half-million motorcyclists, have jumped on the bandwagon, organizing their own activities for Sturgis week. You can literally find banners welcoming riders as far away as Sioux Falls, some 375 miles to the east. A ride to Devils Tower National Monument (above), about 80 miles from Sturgis in eastern Wyoming, is one of the many popular journeys during the event.

But the center of all the activity remains in the little town of Sturgis. For the latest on the rally, go to www.sturgis.com. 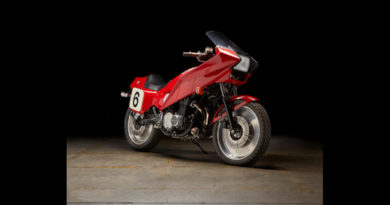 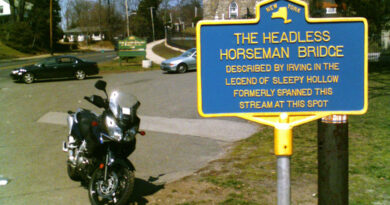 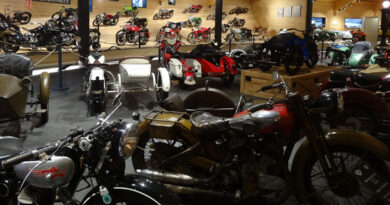