The 1980s were great years for motorcycling with some remarkable motorcycle makers, motorcycling champions and, simply, motorcycles. Here’s a look at some of the highlights from that decade.

In 1980, AMA Motorcycle Hall of Famer Ricky Johnson turned 16 and earned his pro license. He failed to qualify for his first pro race, the 1980 San Diego Supercross, but went on to be one of the great AMA motocross and Supercross racers of all-time. During the 1980s, he won seven AMA national championships and was part of four winning U.S. Motocross des Nations teams. He retired at the age of 26.

The popular motorcycling documentary “Take it to the Limit” was released in 1980. Produced by AMA Motorcycle Hall of Famer Peter Starr, this film explored various forms of motorcycle racing from roadracing to speedway to motocross.

In 1981, a group of 13 investors led by company executives and later AMA Motorcycle Hall of Famers Vaughn Beals and Willie G. Davidson bought the Harley-Davidson Motor Company from AMF for $80 million. Harley-Davidson then went through a major restructuring and revival.

Also in 1981, Maico bored out its 440cc motocrosser to 490cc, making what many believed at the time to be the best open-class MXer ever made. The combination of a useful powerband, good suspension and overall balance made it the dominant open-class MXer that year.

At the other end of the cc spectrum in 1981, Yamaha unveiled the company’s first liquid-cooled motocrosser: the YZ125H.

In 1982 motorcycle manufacturers began producing turbocharged motorcycles, such as Honda’s CX500TC. The effort failed in the marketplace because the turbocharged bikes were heavy and sluggish when not on the boost. Plus, they were expensive. The experiment only lasted a few years.

The 1983 500cc Grand Prix World Championship roadracing season in Europe turned into an epic battle between three-time world champion “King Kenny” Roberts and “Fast Freddie” Spencer, both Americans and both future AMA Motorcycle Hall of Famers. It was Yamaha vs. Honda, veteran vs. youngster, the brash Roberts up against the soft-spoken Spencer. The championship came down to the final race of the season and Spencer won the title by just two points. At 21, Spencer was the youngest rider ever to earn the ultimate motorcycle racing championship.

Back in the States in 1983, AMA Motorcycle Hall of Famer Eric Buell built the RW750 to compete in the AMA Formula 1 roadracing class. The bike was a solid contender in its first year, but in 1984 the Formula 1 class was discontinued and the bike became obsolete.

Also in 1984, Harley-Davidson reinvented itself with the new Evolution 45-degree, V-twin motor. The motor was known for its oil tightness, reliability and it’s less intensive routine maintenance scheduling.

In 1985 Suzuki introduced the GSX-R750, available in the United States beginning in 1986. The GSX-R offered one of the greatest new designs in motorcycles since the late 1960s. At the track, amateur racers were able to turn lap times that, 10 years earlier, were only reserved for professionals on state-of-the-art Grand Prix racebikes.

Freddie Spencer’s 1985 Grand Prix World Championship campaign was perhaps the single greatest season in the sport. He started the year by winning the first Daytona 200 run under Superbike rules. He also swept the Formula One and International Lightweight (250GP) events. This marked the only time a rider won the three major races at Daytona. Spencer then went on to win both the 250cc and 500cc Grand Prix World Championships, becoming the only rider in history to accomplish that amazing feat. 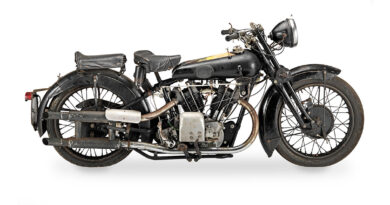 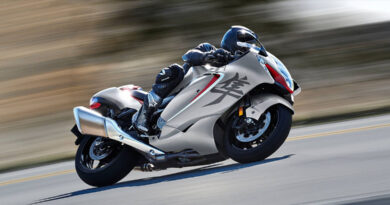 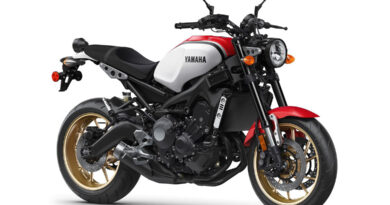