You can’t talk about motorcycling in the 1990s without remembering “Mr. Daytona” Scott Russell, AMA Supersport champ Miguel Duhamel and the “King of Supercross” Jeremy McGrath, who all were eventually inducted into the AMA Motorcycle Hall of Fame.

Here’s a look at those awe-inspiring racers and other notable people and events from the 1990s.

The decade got off to a good start with the opening of the AMA Motorcycle Hall of Fame Museum in Westerville, Ohio, in 1990. The museum’s mission? To tell the important stories of American motorcycling and recognize those who have made significant contributions to the sport of motorcycling.

In 1990, AMA Motorcycle Hall of Famer Scott Russell (above) began an unprecedented domination of AMA 750 Supersport (later renamed Superstock) aboard a Kawasaki. Russell won the championship three consecutive seasons, 1990 through 1992. In 1991, he scored a perfect undefeated season in the class, winning all nine rounds of the series. Russell would go on to become the all-time wins leader in AMA 750 Supersport with 23 career victories.

But he’s best known in the United States for earning the title of “Mr. Daytona” for winning the Daytona 200 a record-setting five times. In the 1990s, the brash, hard-riding Russell practically owned America’s most prestigious motorcycle race, taking victories at Daytona International Speedway in 1992, 1994, 1995, 1997 and 1998. He often won in dominating fashion.

Honda released its VFR750R, known as the RC30, in the United States in 1990. The bike came standard with a quick-release front fork system and a single-sided swingarm for quick tire changes. The aluminum frame used two curved extrusions to wrap around the water-cooled engine, which was a V-4 DOHC design with four valves per cylinder. The camshafts were gear driven, the brakes were top-shelf with 4-piston calipers, and the 6-speed gearbox had very close ratios. The engine pumped out a claimed 118 horsepower, good for speeds of more than 150 mph.

In 1991, mechanical engineer John Britten of New Zealand built a revolutionary motorcycle called the Britten V1000. The unique design featured an engine supporting the front and rear suspension, eliminating the need for a frame. Much of the bodywork, wheels and front suspension pieces were carbon-fiber. Tragically, Britten died from cancer in 1995 at the age of 45.

In 1995 Ducati released the iconic Ducati 916, which was designed by Massimo Tamburini with an underseat exhaust to improve aerodynamics. The 916 won three World Superbike Championships in its first three years and is admired for its striking lines and outstanding technical features.

On the dirt side, AMA Motorcycle Hall of Famer Jeremy “Showtime” McGrath was easily the most popular motorcycle racer of the 1990s and perhaps in the history of the sport in the United States. A seven-time AMA Supercross and AMA 250 National Motocross champion, McGrath’s popularity transcended motorcycling. He starred in national television ads for a popular long-distance telephone service, appeared on network television shows such as NBC’s Tonight Show with Jay Leno, and was featured in countless newspaper and magazine articles during his reign as the “King of Supercross.” Video games featuring McGrath were among the best sellers during the height of his popularity. 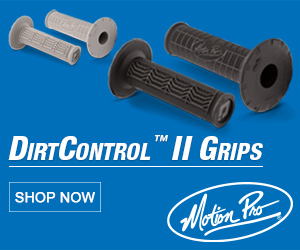 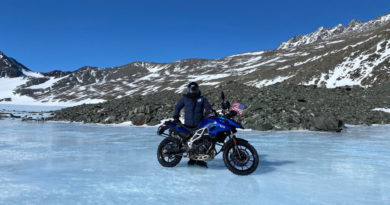 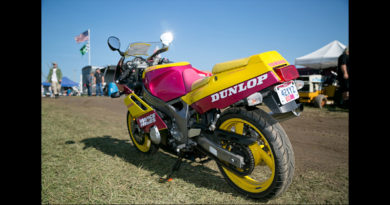 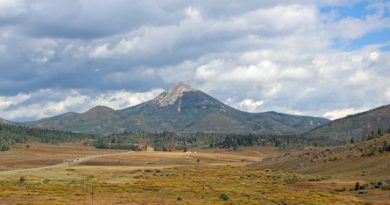