Motorcycle films to watch, Part I

If you’ve been forced to stay home like many of us, you may be running out of things to do around the house. Actually, that’s a good thing.

Grab some popcorn, plop down in front of your smart TV or computer and enjoy these 10 motorcycling movies and documentaries. You should be able to find them all if you hunt around on streaming services such as Amazon Prime, Hulu, Netflix, Vudu or even YouTube.

“The World’s Fastest Indian” (2005) (photo above) stars Anthony Hopkins as AMA Motorcycle Hall of Famer and land-speed racer Burt Munro. Follow the New Zealander’s dream to run his home-built 1920 Indian Scout on the Bonneville Salt Flats in Utah. He finally makes it to the salt in the 1960s while he is in his 60s.

“Never Ride Alone” (2018). Scott Englund rides his dirtbike alone in the Andes in Peru and documents it on film, with some scary situations and spectacular shots using set-up cameras and a drone.

“Wild Hogs” (2007) is a hilarious comedy featuring four middle-aged friends (John Travolta, Tim Allen, Martin Lawrence and William Macy) who feel their lives are in a rut. They need a change. They want adventure. They take a road trip on motorcycles.

“MOTO 10: The Movie” (2018). If you want to watch some great dirtbike action, this is the movie for you. It features MX, woods riding, freestyle and lots of fun.

“Why We Ride (2013). This documentary, featuring AMA Motorcycle Hall of Famers Dave Barr, Gloria Tramontin-Struck and others, gets to the core of motorcycling passion. The documentary earned the AMA Hazel Kolb Brighter Image Award in 2014 for generating positive publicity for motorcycling.

“Oil In The Blood” (2019) is a documentary about custom motorcycles and the people who build them. From café racers to bobbers to old-school choppers, this film covers them all in an effort to explain the culture.

“A Story Worth Living” (2016). Author John Eldredge gathers up his three sons and a couple friends for a 1,000-mile Colorado back country ride on BMW F800GS adventure-tourers. The twist? They’re all novice riders. They experience some spectacular scenery, make some novice mistakes and contemplate life.

“Hogslayer: The Unapproachable Legend” (2013) is a documentary that tells the story of AMA Motorcycle Hall of Famer T.C. Christenson and his double-engined Norton Top Fuel bike named Hogslayer. Christenson became a drag racing legend in the 1970s.

“Easy Rider” (1969) stars AMA Motorcycle Hall of Famer Peter Fonda, Dennis Hopper and Jack Nicholson. Fonda and Hopper head out looking for freedom and adventure on their motorcycles. They find it, along with communes and drugs. It’s a great motorcycling movie and a good look at the 1960s counterculture. 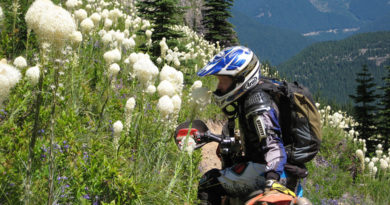 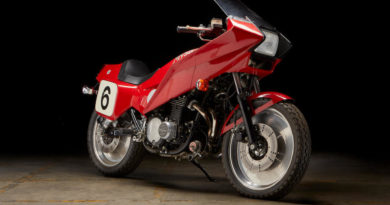 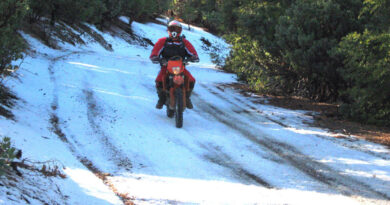