Post by Paul Carruthers and photo by Brian J. Nelson

MotoAmerica will begin its eighth year as the home of the AMA Superbike Championship this weekend and it will do so for the first time at one of the most iconic racing facilities in the world – Daytona International Speedway.

The 2022 Auto Parts 4 Less MotoAmerica Championship will also begin for the first time without the MotoAmerica Medallia Superbike class as the Supersport class takes top billing in the 80th running of the Daytona 200. The Superbikes will begin their season in a month’s time at the Circuit of The Americas in Austin, Texas, with two races set to run in conjunction with the Red Bull Grand Prix of The Americas.

In addition to the Daytona 200, MotoAmerica will play host to three of its other classes at the “World Center of Speed” with Mission King Of The Baggers, MotoAmerica Twins Cup and Roland Sands Design’s Super Hooligan National Championship joining the 200 in three-days of action-packed racing taking place during the final weekend of Bike Week at the iconic Speedway, which is located just a few miles inland from the resort town of Daytona Beach.

While the MotoAmerica Medallia Superbike Championship will begin in Texas in April, several of the stars of that series will make their 2022 racing debuts in the Daytona 200 – including defending champion Jake Gagne. Gagne will be joined by his new Attack Performance Yamaha teammate Cameron Petersen with those two rolling on track on Thursday as definite pre-race favorites to win the 200.

Gagne returns to the Daytona 200 after an eight-year absence and hot on the heels of a 2021 season that saw him win a record 17 MotoAmerica Medallia Superbike races en route to the title. Gagne has finished on the podium twice in the Daytona 200 while South African Petersen will be making his debut in the race.

While those two are a stout team, there will be 48 other racers attempting to qualify who aren’t ready to concede victory.

Leading the charge will likely be Warhorse HSBK Racing Ducati NYC’s Josh Herrin, the 2013 AMA Superbike Champion making his debut on the team’s Panigale V2. Herrin, the 2010 Daytona 200 winner and lap-record holder with his 1:48.331, will be trying to become just the second Ducati-mounted rider to win the 200 and the first since Jason DiSalvo in 2011.

Suzuki is also bringing the heat with the Vision Wheel M4 ECSTAR Suzuki team featuring three riders for the 200. The team will be led by with 2020 MotoAmerica Supersport Champion Richie Escalante in his only Supersport appearance of the year as he switches to the Medallia Superbike class in 2022. Escalante will be joined by South African Sam Lochoff and veteran Geoff May on the team’s GSX-R600s for Daytona. Hayden Gillim will also make his return to full-time racing in 2022 and he will start his season in the 200 on a Disrupt Racing Suzuki GSX-R600 along with teammate Carl Soltisz.

Four-time Daytona 200 winner Danny Eslick and defending Daytona 200 champion Brandon Paasch will race Triumph Street Triple RSs in this year’s 200 for TOBC Racing, a team that has a lot of history and success in the race. Eslick has won four of the last seven Daytona 200s and his 2014 victory marked Triumph’s fourth and last victory in the 200. Two of Eslick’s four wins came on Yamahas with his other victory coming on a Suzuki.

Another rider who can’t be counted out in the 200 is Josh Hayes, the four-time AMA Superbike Champion doing a one-off ride on a Squid Hunter Yamaha YZF-R6. As hard as it is to believe, Hayes has yet to win a Daytona 200. In 2008, Hayes crossed the line in victory in the 200, but was later stripped of the win when his bike failed to pass post-race tech inspection. It’s been stuck in his craw ever since.

Mission King Of The Baggers

It goes without saying that the 2022 Mission King Of The Baggers Championship is going to be a heated battle between two bitter rivals – Harley-Davidson and Indian Motorcycles – and it’s an age-old fight that dates back 100 years.

The 2022 fight between the two American motorcycle manufacturers begins on the high banks of Daytona International Speedway with two races (plus the Mission King Of The Baggers Challenge) slated for Friday and Saturday, March 11 and 12, when 18 riders take to the grid.

Forty-six riders will take to the grid in the MotoAmerica Twins Cup race at Daytona as the division continues to show incredible growth as it starts its fifth season as a class.

On paper, the pack of swarming twins will likely be led by 2021 class champion Kaleb De Keyrel, who defends his title on a Veloce Racing Aprilia RS 660 a season after taking the title on a Robem Engineering Aprilia.

The Robem team might just be the biggest thorn in De Keyrel’s side in 2022 as they bring a strong three-rider Aprilia team to the races, beginning with the doubleheader round at Daytona. Italian Tommaso Marcon leads the charge in his Daytona debut, and he’s joined by Twins Cup veteran Teagg Hobbs, who is switching from a Suzuki to an Aprilia for 2022, and fellow New Hampshirite Ben Gloddy, who moves up to Twins Cup after finishing as runner-up in last’s year’s SportbikeTrackGear.com Junior Cup Championship.

BARTCON Racing’s Dominic Doyle makes the move to the Twins Cup class after a season in Supersport and the 2020 Junior Cup Championship runner-up will likely be at or very near the front as he gets accustomed to his Yamaha YZF-R7.

Among the SportbikeTrackGear.com Junior Cup racers making the jump to the Twins Cup this year are youngsters Blake Davis, on his N2 Racing/BobbleHeadMoto Yamaha YZF-R7, and Gus Rodio, who will join fellow New Jerseyan Mazziotto on the Rodio Racing/Warhorse HSBK Racing team.

The Roland Sands Design Super Hooligan class will be 25 riders strong at Daytona with Roland Sands Design-sponsored, Indian FTR1200-mounted Tyler O’Hara likely to be at the front. He will be joined on the three-rider team by Frankie Garcia and Cycle News Road Test Editor Rennie Scaysbrook.

The challengers should be plentiful and will likely include Andy DiBrino on the KTM/DiBrino Racing KTM 890 Duke R. Others expected to fare well will be Saddlemen/Lloyd’z Garage’s Cory West on another Indian FTR1200 and he will be joined on that team by his fiancée Patricia Fernandez.

Fernandez won’t be the only woman on the Super Hooligan grid as Nowaskey Performance/She’z Racing’s Shelina Moreda will compete on a Ducati Hypermotard 950 SP.

Five different manufacturers will strut their goods in the Super Hooligan races at Daytona with Harley-Davidson leading the way with 11 riders opting to ride a variety of models from the Motor Company. Seven riders will throw their legs over Indians; four will race KTMs; and two will compete on Ducatis. The lone BMW R nine T will be ridden by Soul Fuel BMW Motorrad’s Nate Kern.

Yamaha is the winningest brand by far in the Daytona 200 with 27 trips to the top step in Victory Lane since the first-ever Daytona 200 was held in January of 1937 on the old beach circuit. The winner of that first Daytona 200 was Ed Kretz, who was riding an Indian. Harley-Davidson sits second on the-all time manufacturer win list in the 200 with 16 victories, the last of which was Cal Rayborn’s victory in 1969. The third highest win total goes to Honda with 11 victories in the 200 with Jake Zemke the last rider to win the race on a Honda in 2006.

The first Daytona 200 to be run at Daytona International Speedway was in 1961 with Roger Reiman taking victory on his Harley-Davidson.

MotoAmerica will feature its Supersport class in the 80th running of the Daytona 200 using the FIM’s “Supersport New Generation” rules, which will see the class made up of everything from Yamaha’s YZF-R6 to Ducati’s Panigale V2 to Triumph’s Speed Triple RS and everything in between.

If there’s such a thing as strength in numbers in the Daytona 200 then Yamaha should fare well as 29 of the 50 entries are YZF-R6s. The manufacturer with the second most entries is Suzuki with nine, followed by Kawasaki with five, Ducati with four and Triumph with three.

Four-time AMA Superbike Champion Josh Hayes will race in the Daytona 200 on a Squid Hunter Yamaha YZF-R6. Hayes has never won a 200, though he did cross the finish line first in 2008. Hayes’ Honda CBR600RR, however, didn’t pass its post-race technical inspection and the race instead went to Chaz Davies.

Forty-six riders have entered the Twins Cup races for Daytona with three manufacturers represented. Yamaha leads the way with 22 entries; Aprilia is next with 15 entries and there are nine of Suzuki’s old but gold SV650s entered.

For the full 2022 MotoAmerica schedule and to purchase tickets for MotoAmerica events, click HERE

For information on how to watch the MotoAmerica series, click HERE 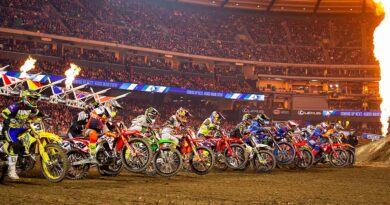 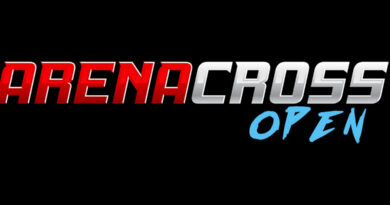 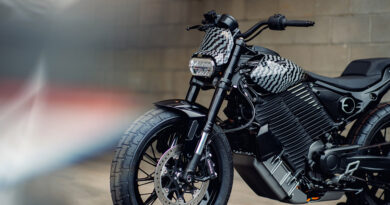