Ellenton, Fla. — Round 7 of the Monster Energy AMA Supercross, an FIM World Championship, season at Raymond James Stadium in Tampa on Feb. 15 was aptly named This Race Saves Lives as the event was dedicated to the children of St. Jude Children’s Research Hospital and kicked off an online auction that was set to run through the season finale in Salt Lake City, originally scheduled for this weekend.

Supercross teams and athletes supported the cause by donning special St. Jude Children’s Research Hospital logos and patient-inspired artwork on their race bikes and gear, all of which was donated to the online auction where proceeds go directly to the St. Jude mission: Finding cures. Saving children.

To families dealing with COVID-19 nothing is more pressing, but the same can be said for families facing childhood cancer. The Supercross community is doing everything possible to help support the health and wellness of the community while keeping its commitment to support the lifesaving mission of St. Jude Children’s Research Hospital: Finding cures. Saving children.® During these uncertain times, one thing will not change: Families will never receive a bill from St. Jude for treatment, travel, housing or food – because all families should worry about is helping their child live.

For a complete listing of all items, Supercross fans and St. Jude supporters can visit the online auction site at www.stjude.org/supercrossauction or www.SupercrossLIVE.com/StJude throughout the weekend to bid on their favorite pieces donated by their favorite athletes and teams. Bidding closes on Monday, May 4 at 10 a.m. Eastern.

About Monster Energy Supercross
Monster Energy AMA Supercross, an FIM World Championship, is the most competitive and highest-profile off-road motorcycle racing championship on the planet visiting 13 different states in 2020. Founded in America and sanctioned by the American Motorcyclist Association in 1974, Supercross is currently co-sanctioned by the Federation Internationale de Motocyclisme (FIM), the official global governing body for motorcycle racing, thus making it a formal World Championship. Over 17 weeks and a million-dollar All-Star Race, Supercross attracts some of the largest and most impressive crowds inside the most recognizable and prestigious stadiums in North America to race in front of nearly one million live fans and broadcast to millions more worldwide. For more information, visit SupercrossLIVE.com.

About St. Jude Children’s Research Hospital
St. Jude Children’s Research Hospital is leading the way the world understands, treats and defeats childhood cancer and other life-threatening diseases. Its purpose is clear: Finding cures. Saving children.® It is the only National Cancer Institute-designated Comprehensive Cancer Center devoted solely to children. Treatments invented at St. Jude have helped push the overall childhood cancer survival rate from 20 percent to more than 80 percent since the hospital opened more than 50 years ago. St. Jude won’t stop until no child dies from cancer. St. Jude freely shares the discoveries it makes, and every child saved at St. Jude means doctors and scientists worldwide can use that knowledge to save thousands more children. Families never receive a bill from St. Jude for treatment, travel, housing or food – because all a family should worry about is helping their child live. Join the St. Jude mission by visiting www.stjude.org, sharing stories and videos from St. Jude Inspire, liking St. Jude on Facebook, following St. Jude on Twitter and Instagram and subscribing to its YouTube channel. 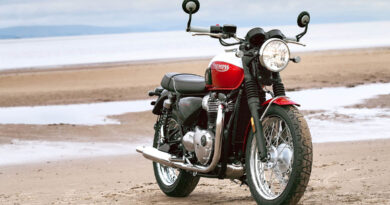 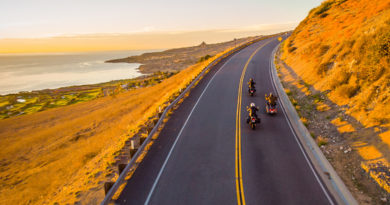 What is an Industry Press Release?

September 20, 2019 Jim Witters Comments Off on What is an Industry Press Release?