Laurens, S.C. — Mid East Racing drew more than 700 entries to the hare scrambles competition at Strange’s Ranch in Laurens, S.C., May 9-10, after some last-minute wrangling with government officials.

Organizer Buren Hamrick said the governor’s office and county health officials canceled the competition early in the week, claiming it was an entertainment event and was prohibited under the state’s coronavirus restrictions.

State Sen. Danny Verdin III (R-Laurens) interceded on behalf of the AMA-sanctioned event, pointing out that hare scrambles is a competition event with no spectators and is conducted on a 300-acre outdoor site.

“At five till 5 on Thursday [before the Saturday competition], the governor changed his mind and notified the county officials, and we were able to do this,” Hamrick said.

Participants were required to maintain social distancing and were encouraged to wash their hands often and use the hand sanitizer Hamrick and his crew placed around the event site.

“If you are sick, please stay at home,” Hamrick told potential attendees.

Hamrick has another hare scrambles event scheduled for May 22-24 at Chestnut Corner in Laurens, S.C. That competition is part of the AMA East Hare Scrambles Championship Series. 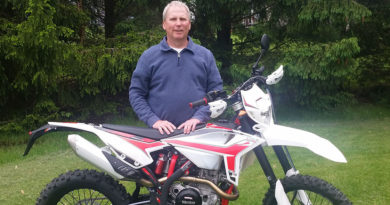 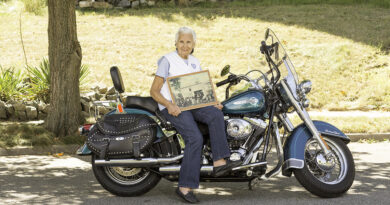