Other Hall of Famer-related motorcycles sold at the auction include a 1974 Suzuki 400 TM RN motocrosser reportedly built for Hall of Famer John DeSoto to race and a 1973 Triumph X75 Hurricane designed by Hall of Famer Craig Vetter.

A bike that didn’t sell was a 1926 Excelsior Super X alcohol-burning factory flat tracker/hillclimber once owned by Ekins and then Hall of Famer Steve McQueen. The rare 750cc, two-cylinder still runs.

Ekins was one America’s pioneering off-road motorcyclists and one of the first Americans to compete in the World Championship Motocross Grand Prix circuit in Europe during the 1950s.

He rode the 1967 Husqvarna 360 that sold at the auction to a gold medal in the 1967 ISDT (now known as the International Six Day Enduro) in Poland. After his racing career, Ekins went on to become one of Hollywood’s leading stuntmen. His most famous stunt was the climactic motorcycle jump scene in the 1963 movie, “The Great Escape,” starring McQueen.

The 1974 Suzuki 400 TM RN sold for $16,500. It reportedly was built by R & D Racing in Southern California for Suzuki for DeSoto to race. The bike has a ported high-compression cylinder head featuring a “DH” reed cage welded to the cylinder, oversized Mikuni carb, Suzuki Racing front forks, lowered frame, lay down shocks and an extended swingarm.

DeSoto, known as “The Flyin’ Hawaiian’” because he was born and raised in Hawaii, was an early pioneer of motocross in America and was well known in the 1960s and 1970s. He began with nothing, sleeping in a van in Southern California, and went on to get factory rides and compete at the world championship level.

The 1973 Triumph X75 Hurricane designed by Vetter sold for $17,050. In the late 1960s, Vetter had worked up a design for the BSA Rocket III but the bike never made it to production. Triumph revived Vetter’s concept a few years later with the release of the limited-edition Triumph X75 Hurricane.

To see the full results, or to learn about future auctions, visit www.mecum.com. 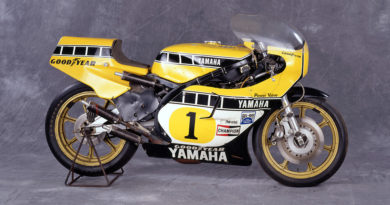 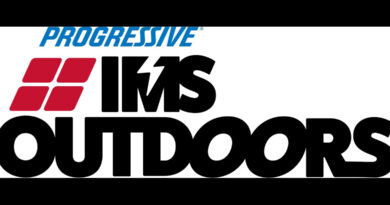 International Motorcycle Shows will be outdoors in 2021

October 12, 2020 Jim Witters Comments Off on International Motorcycle Shows will be outdoors in 2021 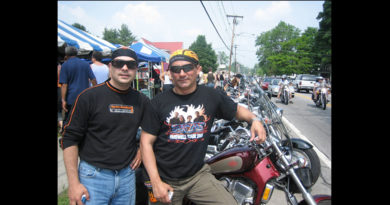 May 4, 2020 Jim Witters Comments Off on Laconia Motorcycle Week postponed; Thunder in the Valley canceled