Getting involved with OHV government councils

The AMA encourages its members—and all off-road enthusiasts—to get involved in efforts to protect and expand the opportunities for responsible off-highway recreation, whether on public or private land.

California resident Ed Stovin—profiled in the October issue of the AMA membership magazine American Motorcyclist—is a prime example of someone who became concerned about the loss of trails for motorcycles and other off-highway vehicles. He got involved in the 1990s and continues his advocacy efforts through the San Diego Off Road Coalition.

Stovin also has been a member of the California Desert District citizen-based Desert Advisory Council, which advises the U.S. Bureau of Land Management.

Here are his thoughts about the DAC, his role and the role you can play.

“The DAC acts like a commission. This kind of body is a go between for people affected by a government agency and the agency itself. If you have a problem with the BLM—say they won’t let you hold a motorcycle race the way your club always has in the past—the DAC is a way to help solve your problem.

“A racing club may be at a standoff with a BLM office over racing and not know how to find a solution,” he said. “The club should then find the DAC member who represents off-road recreation. (There are DAC members for all kinds of interests, such as renewable energy, environmental organizations, business, archaeological, Native American, local government and more.) That DAC member can then go up the chain of command to find resolution to the problem.

“It has been my experience that BLM staff members try very hard to accommodate off-road vehicle interests, including motorcycle racing,” Stovin said. “If there is a conflict, it is often from some federal legislation [there are about 20 separate federal acts that govern how the BLM manages its land] or Native American interests.

“A funny thing is that one of the DAC members I share a lot of views with is the environmental representative,” he said. “Neither of us wants to see development in the desert. We don’t want to see solar farms or large-scale mining operations ruin the desert. We do differ on the amount of trails that should be allowed to be maintained. I believe the desert can support a much larger number of miles of routes, having personally ridden all over much of the California desert.”

Stovin encourages fellow AMA members to consider applying for appointment to an advisory council to help promote the motorcycling point of view.

“Federal legislation requires the formation of resource advisory councils or RACs,” Stovin said. “There are motivated environmental people who do not like motorcycles riding on public land, and they get themselves appointed to these RACs. Without motorcyclists on the councils, their decisions will be skewed away from allowing motorcycles to access our land.

“Just having one of us on a RAC saying, ‘Hey, what about the dirt bikers?’ can mean the difference between a trail that is open or closed,” Stovin said. “It doesn’t take that much time, and it feels pretty good to be sitting in the front asking questions and making decisions.”

To learn more about Ed Stovin and his years of off-road advocacy, watch for the October issue of American Motorcyclist magazine in print and online. 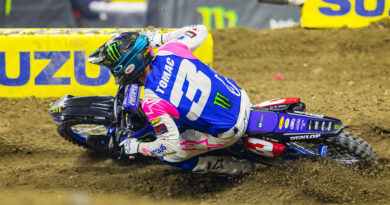 March 14, 2022 Keaton Maisano Comments Off on Tomac Takes Treacherous Round 10 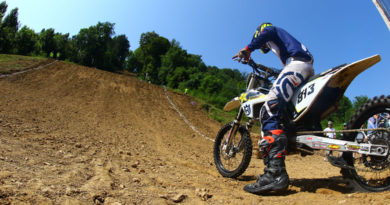