Mees controlled from the front with reigning champion and current points leader Bauman not far behind as the two left the rest of the field in their wake. However, a red flag that was shown following a Davis Fisher (No. 67 BriggsAuto.com Indian FTR750) crash changed the complexion of the race entirely.

The restart brought Bauman back close enough to pounce on Mees and the two proceeded to trade the lead back and forth repeatedly, with an extended series of block passes and square-up maneuvers. The factory Indian infighting opened the door for a charging Carver, who erased the gap from third, slid past both Mees and Bauman, and then dropped them both as they continued their scrap in second.

Mees finally got away from Bauman’s clutches and saw a golden opportunity to take his third win in a row and put Carver between himself and his rival. He reeled back up to the leader’s rear wheel as the race entered its final two laps, but just couldn’t find any way around the hungry Carver.

Afterward, an emotional Carver said, “This is a whole collective effort… It just means so much, when I go through the GoFundMe and all the other different stuff people have been donating to get us out here. We are the privateers coming up and going after the big-money teams. My team does not get paid. I pay for the travel and the expenses and everyone just takes their time out to help, and it just means so much.

While he couldn’t reap the full benefits of what he hoped to achieve, Mees still made up some ground on Bauman in the championship fight. After finishing second and third, respectively, Mees is now just nine points back of Bauman (273-264) with three races left to determine this year’s GNC.

With Henry Wiles (No. 17 RMR Honda/Honda Talon CRF450R) out of commission due to an injured back, Max Whale (No. 18 Coondoo Cattle Co./Australian Road Services Kawasaki KX450F) was the sole rider remaining with a chance at pushing Daniels’ title quest back another day. The Australian rode motivated too, leading early and battling desperately throughout.

He wasn’t alone in trying to keep Daniels off the top of the box; Cole Zabala (No. 51 Cornerstone Masonry/B&M Masonry CRF450R), Morgen Mischler (No. 13 Roof Systems DFW/Duffy Fleet Services KTM 450 SX-F), and Trent Lowe (No. 48 Roof Systems of Dallas, TX/Shoei Helmets Honda CRF450R) all threw their best efforts at the champion-in-waiting as a five-rider showdown developed in the hard-fought Main Event.

Mischler appeared set to get his revenge for last weekend’s narrow defeat as the clocks approached 0:00. He opened up a bit of breathing space while Daniels was caught up scrapping with Zabala over second.

Once the race went into its decisive last two laps, however, Daniels rose to the occasion. He put Zabala behind him and tracked Mischler back down, diving through on the last lap to earn his eighth race win of an incredible season.

Daniels’ championship-winning victory was also his sixth in succession. As a result, he now boasts an unassailable 80-point advantage with three races to go.

The newly crowned AFT Singles king said, “It was a really long day, and it’s been a long road coming since not making that Main Event at (the season-opening) Volusia. There were a lot of headaches that night, just wondering if I was meant to do this. I tried not to stress today, but it’s hard trying to win your first championship. The track was so fast and so physically demanding.

“It’s just awesome. We struggled a little bit early on today, but we figured it out. It was kind of the same thing as Atlanta — me and Morgen. It was a good race. We could run anywhere — I’m sure the fans loved it. But the main goal was to win this thing right here, and that’s what we did. Big thanks to the whole team. There are so many people behind this, and I wish I could thank them all.”

Mischler finished just 0.067 back of Daniels in second, with Zabala another 0.097 seconds in arrears in third. Whale held on for fourth while Lowe rounded out the top five, only a tick over a half second off the win.

Cory Texter (No. 1 G&G Racing/Roof Systems Yamaha MT-07) took a huge step toward achieving his short-term goal of taking the 2020 AFT Production Twins title fight down to next weekend’s season finale with a timely victory in Charlotte.

The defending class champion sprinted into the lead at the start and never looked back, leading all 27 circulations of the eight-minute plus two lap Main Event.

Rispoli put up a good fight but finally relinquished the position with two minutes remaining, and once through, Cose immediately left him behind. But by the time he worked his way into second, Cose was a second-and-a-half back of Texter. Though he closed the gap down to around a second with a focused charge, Texter wicked it back up in response and stretched his advantage back up to 1.740 seconds at the checkered flag.

In fact, Cose actually came under fire from a rolling Ben Lowe (No. 25 Roof Systems of Dallas/Bruce Lowe Excavating Yamaha MT-07), who fought his way up from a distant fourth to zap Rispoli and make a last-gasp challenge for second on Cose. The two actually split a lapper on the final lap in their struggle for the runner-up spot, with Lowe coming out worse in the exchange.

After claiming his third Main Event win of his title defense, Texter said, “We still have a big gap, but it was a great race. I’m going to keep fighting until the end. I know the points gap is pretty wide but I don’t quit — I’m going to keep digging. I’m going to try to rack off some wins here.”

Progressive American Flat Track is back at it at the Dirt Track at Charlotte Motor Speedway tomorrow night for the Progressive Charlotte Half-Mile II. The gates will open one hour earlier at 3:30 p.m. ET/12:30 p.m. PT the Main Event program scheduled for 7:15 p.m. ET/4:15 p.m. PT. Live coverage of the entire weekend’s racing activities will be available on any device for less than $1 per event via TrackPass on NBC Sports Gold.

To score the latest gear for the Progressive American Flat Track fan, visit the Official AFT Merchandise store at https://store.americanflattrack.com. 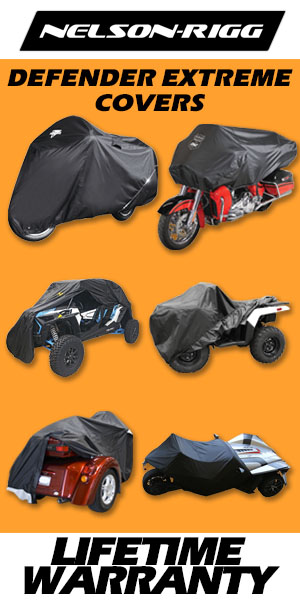 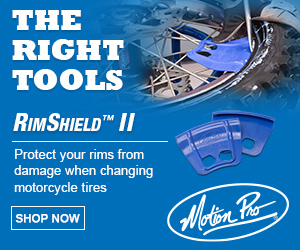 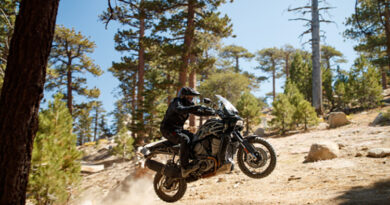 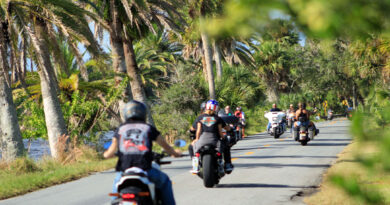 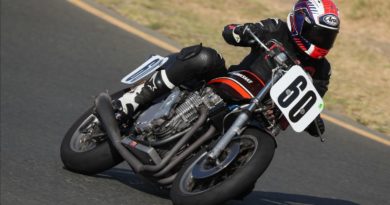