AMA Motorcycle Hall of Famer Craig Vetter only made 10 of his very special 1980 Mystery Ship motorcycles, and Bonhams Auction House is selling one of them.

Bonhams is offering the 1980 Kawasaki 1,015cc turbocharged Mystery Ship and a number of other rare and desirable motorcycles at its auction at Caesar’s Entertainment Studios in Las Vegas on Jan. 23.

To build what he called “a streetable roadracer,” AMA Motorcycle Hall of Famer Craig Vetter took a 1980 Kawasaki KZ1000 frame and remove all the unneeded tabs and brackets. He then welded on struts and gusseting to strengthen the frame, bolted on a box-section swingarm for strength, installed “laid-down” shocks for more travel and progressive action, and put on lightweight magnesium Dymag wheels.

From the beginning, the bike was planned for a limited production run. In the end, only 10 were built, each bearing its production number on the side number plates.

“At time of purchase, buyers could choose between four stages of Yoshimura R&D engine tune, or they could go full-house and opt for a $1,700 RC Engineering turbocharger setup that bumped horsepower by 40 percent,” Bonhams says. “Only two Mystery Ships were so equipped, one for RC Engineering boss (and AMA Motorcycle Hall of Famer) Russ Collins, and this machine.

“It rolls on spun-aluminum wheels, another factory option. Finished in ‘Dino Red,’ No. 6 is exactly as ordered and delivered, amazingly with just 2 miles on the odometer,” Bonhams says. “Having sat for a number of years, recommissioning and detailing will be needed to return this iconic machine back to the road.”

For more information go to www.Bonhams.com/Vegas. 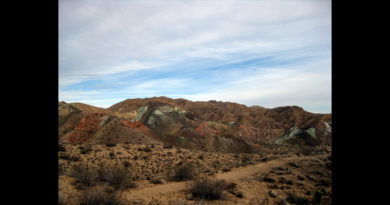 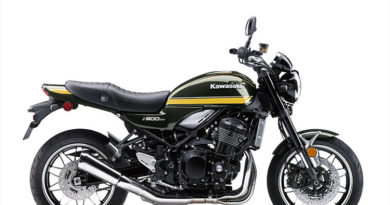 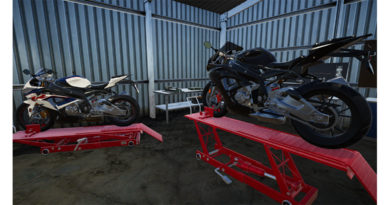 Motorcycling fun inside the home

March 23, 2020 Michael Marino Comments Off on Motorcycling fun inside the home