AMA Pro ATV Championship Set to be Presented on November 30

MORGANTOWN, W.Va. — With the 2019 ATV Motocross National Championship (ATVMX) season over, MX Sports and ATV Promoters Group are excited to announce the details for the 2019 Annual Awards Celebration.

The season ending banquet will take place at the Morgantown Marriott at Waterfront Place in Morgantown, West Virginia on Saturday, November 30 at 5 p.m. The Morgantown Marriott overlooks the picturesque Monongahela River, while offering a full service Starbucks coffee shop in the lobby and signature restaurant, Bourbon Prime.

This year marks the 34th anniversary of this truly unique championship, which visited some of the most well-known motocross tracks in the country over the course of a 10-round pro schedule. After challenging for the title, the entire season, Joel Hetrick will be awarded his second AMA Pro ATV Motocross National Championship. Hetrick will also be awarded the DirtNation.com Top Qualifier and SSi Decals Holeshot awards.

ATVMX is the world’s longest-running and most prestigious ATV racing series, and is the world’s premier showcase of four-wheeled off-road racing talent. The top 10 class finishers in each amateur championship class will also be honored on Saturday evening, along with a variety of specialty awards.

To purchase tickets, visit www.atvmotocross.com. Tickets include dinner and admission, adults are $50, children ages 6-11 are offered at a discounted rate of $25, and anyone age five and under is free.

Hotel room reservations are available at a group discount price of $139 for a standard double room, and $184 for an executive king room. Call the Reservations Department at (800) 630-2594 or the Hotel directly at (304) 296-1700 and mention “ATVMX Celebration.” You can also Book your group rate for ATVMX Celebration online. Reservations must be made by Tuesday, November 4.

In addition to the awards ceremony, competitors and their family members are encouraged to take part in the Riders Meeting on Sunday, December 1. Participants will be able to voice their opinion on class structure, rules, and more for the upcoming 2020 season. Amateur riders will meet at 9 a.m. and Youth riders will meet at 10 a.m. Pro riders meeting will take place on Saturday, November 30 at 3 p.m.

For more information on the 2019 ATV Motocross National Championship, visit the series official website at www.atvmotocross.com or call (304) 284-0101.

About the ATV Motocross National Championship

The ATV Motocross National Championship, an AMA National Championship, is the nation’s premier amateur and professional ATV motocross series, hosted at top motocross facilities nationwide. The 10-round AMA Pro and 8-round amateur series features the Nation’s best racers, teams and sponsors, and is America’s largest and longest-running ATV national motocross program. Since 1985, the series continues to expand and produce top talent from the amateur ranks, while premiering the professional class. For more information, please visit www.atvmotocross.com. 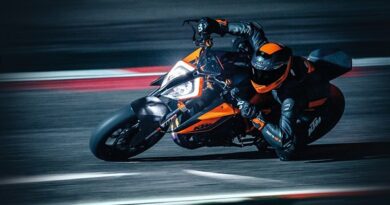 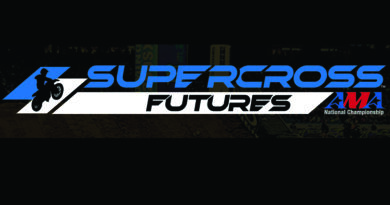