The Aussies tried their best and actually beat the American team for the day by 17.18 seconds. Robert’s winning ride in the last E2 moto gave the U.S. squad a final advantage of 1:45.34 seconds over Australia in the World Trophy standings.

Robert and Russell also were members of the World Trophy-winning 2016 team.

“I wasn’t as nervous going into this [ISDE], but it honestly felt a little bit better [than that first win in Spain],” Robert said. “I don’t know if it’s just because it’s fresh, but just to back it up [means a lot]. The team just rode so good this year! In Spain, we got a little lucky; I know some of the other teams had some issues. But here, none of the other teams had issues—we just straight up rode the best [as a team]. All four of us were really consistent, especially the three scores that counted every day, we were really tight. I think we got three guys in the top seven [overall] every day which is unheard of for us. So, that felt really good.”

It had been a long winless spell in Women’s World Trophy divisions for the United States, which last won that title in the category’s inaugural year in 2007 in Chile. Not many countries fielded teams that year, and none of them matched the overall depth provided by that year’s American team of Nicole Bradford, Lacy Jones Laurent and Amanda Mastin.

With a new emphasis on bringing the United States back into contention, the 2019 American riders (Tarah Gieger, Brandy Richards and Becca Sheets) put it to the rest of the world with a combination of consistency and speed. After starting out strong in the drier early part of the week, Richards slipped to second place in the rain and muddy days mid-week. However, Day 6 featured dry conditions on a hard-packed supermoto track at the Kartodromo International do Algarve kart track across the street from the main road race facility, which has served as the central point of operations all week.

In the final motos, the U.S. Junior World Trophy team of Grant Baylor, Ben Kelley and Josh Toth finished second on the day and for the week to Australia. The final margin of victory for the Aussies was 9:13.94. Grant Baylor’s performance improved as over the course of the week, and he capped off his final day of competition on the Junior team with his best-ever final moto results. He was fourth fastest in E2 and 12th overall individually.

“I can’t complain about [the team finishing second],” Grant Baylor said. “The team gave it their all and we pushed 100 percent. We were just outdone by the Aussies. To say that we were part of that team that won every division except for one, that’s pretty awesome. The one division we didn’t win, we were second place, so I think that’s pretty great.”

As they’d done all week, XC Gear’s Dante Oliveira, Ricky Russell and Austin Walton put in a stellar day, which helped them seal the championship in the Club team division. Oliveira ran away with the final C2 moto, winning by 16.53 seconds. He was backed up by Russell, who was third in that moto. Walton finished the moto in eighth. That put the team 18:03.05 ahead of the next best team.

The Gas Gas USA team (J.T. Baker, Tyler Vore and Trent Whisenant) finished the week on a strong note. Vore won C3 for the day, and the team held onto eighth place in the Club standings. The Mojo Motorsports team (Anson Maloney, Josh Knight and Tanner Whipple) enjoyed a good day as well, ending the event in 12th place. The Elizabeth Scott Community team (Jayson Densley, Paul Krause and Brian Storrie) got all three of its senior-class riders to the finish, moving up one spot to finish 31st.

After his electrical issues yesterday, Kevin DeJongh got his motorcycle repaired and re-impounded in order to take part in the final motos. Added to one of the early motos, he then went on to win the moto for a positive end to the week. With Nic Garvin (another final C2 moto winner) and Austin Serpa also finishing positively, the Eric Cleveland Memorial team moved up several positions to finish 46th.

Any time a Club (or Junior World Trophy team, for that matter) team loses a rider, the three-hour penalty assessed daily adds up and causes that team plummet in the standings. The Missouri Mudders team (James King and Nathan Rector, with Anthony Krivi DNFing on Day 3) were no different and ended up 79th for the week.

Similarly, the AMA District 37 team finished in 120th, since Nate Ferderer was the team’s only rider still competing by week’s end. His teammates Blayne Thompson and Jacob Argubright dropped out earlier in the week with motorcycle problems.

The U.S. ISDE teams will be the teams to beat at the 95th ISDE, which takes place in Italy next summer. 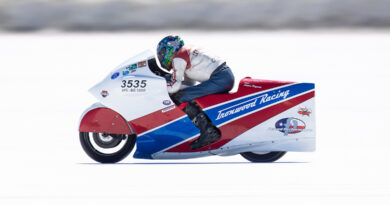 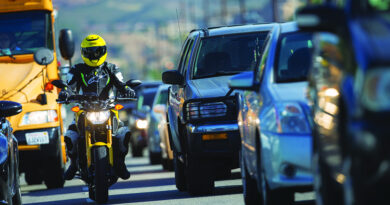 May 27, 2021 jburgess Comments Off on Oregon Governor Vetoes Lane-Sharing Bill