Athletes of the Year, Nicky Hayden AMA Horizon Award winners among those recognized

The AMA sanctions thousands of motorcycle and ATV races each year on dirt, sand, asphalt, ice and snow. The competitors attending the banquet placed in the top three in their classes and are among the elite amateur motorcycle racers in the country.

AMA President and CEO Rob Dingman highlighted the importance of those in attendance to the sport.

“This night is for the riders, racers and their families who invest emotion, time and money into the sport we all love,” AMA President and CEO Rob Dingman said. “Your dedication and passion are the fuel that powers AMA racing and riding. You are the heart of the most expansive sanctioned motorsports program in the world. Thank you for your commitment to motorcycling in all its forms.”

The evening’s program was emceed by Laurette Nicoll and Kevin Kelly.

Pat Smage of Elkhorn, Wis., was recognized as the AMA Athlete of the Year from AMA National Championship Series competition. He won his 11th AMA/NATC MotoTrials Pro Class championship in 2019.

“This is a honor, not just for me, but for the sport of trials in general,” Smage said. “We don’t always get the recognition of the other sports, as they’re much better known. Trials is growing in the [United] States a bit, and we’re trying to take it to the next level. So, I’m glad I could be a part of this.”

The Nicky Hayden AMA Horizon Awards were presented to up-and-coming amateur racers in motocross, road racing and flat track who demonstrated the talent, dedication and poise to excel in the professional ranks.

“It’s the number one thing I’ve worked for in my entire racing career,” Brunner said. “To earn [this] spot in amateur racing is the pinnacle of what I’ve been working for.”

“This means the world to me,” Pickens said. “I was just ecstatic to be nominated in this category that is basically a male-dominant category. To come out and be awarded this award tonight speaks volumes for women. I’m just so happy I’m a part of racing…. I hope this award inspires women to follow their dreams and continue on with their goals in life.”

Mikayla Nielsen of Riverside, Calif., was named the AMA Female Racer of the Year. She won the Girls (11-16) Class title at the AMA Amateur National Motocross Championship and has clinched two class championships in the AMA Grand Prix National Championship Series.

“This means a lot to me,” Nielsen said. “This was my first year [competing] at Loretta [Lynn’s], and I claimed a title there…. I didn’t think I was going to be nominated, but then I got nominated and I was super pumped about that. Then hearing them say my name, it was really cool going up there [on stage].”

Paul Krause of Irvine, Calif., was named AMA Vet/Senior Racer of the Year. He claimed the Senior (40+) Class championship in the AMA National Hare and Hound Series and competed on the Elizabeth Scott Community team at the 2019 FIM International Six Days Enduro.

“Thank you very much for this honor,” Krause said in a recorded video segment, as he was was not able to be in attendance. “When I first heard I was nominated for [AMA Vet/Senior Racer of the Year], I couldn’t believe it. So, I did what everyone does and consulted Google. After reading about the nomination, I was truly humbled to be recognized as an elite racer, especially among the group of other nominated riders.”

“I’m kind of speechless,” Cunningham said. “Last year, I won the last two races of the year, worked hard in the off season and came out and won the first couple races of this year.”

Other award winners announced at the banquet were: 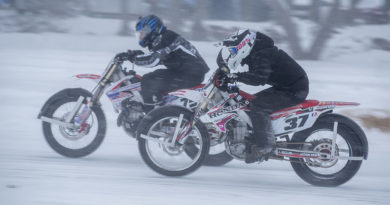 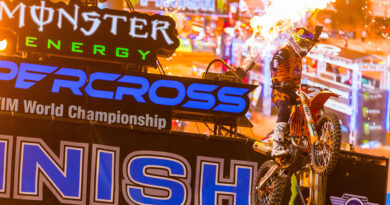