PICKERINGTON, Ohio — The American Motorcyclist Association offers its condolences to the family and friends of AMA Motorcycle Hall of Famer Dick Klamfoth, who passed away Dec. 13. He was 91.

Mr. Klamfoth was inducted into the AMA Motorcycle Hall of Fame in 1998.

He scored his 12 victories in AMA Grand National competition, three of which came in the Daytona 200 — in 1949, 1951 and 1952. He was the first rider to win the Daytona 200 three times and went on to be a motorcycle dealership owner and race promoter.

“Dick Klamfoth was a very talented racer who turned in several amazing performances in one of the nation’s most historic motorcycle competition events,” AMA Chief Operations Officer Jeff Massey said. “He is one of the legends of American racing, and we wish his family fortitude during this difficult time.”

Born in Columbus, Ohio, in 1928, Klamfoth got into motorcycle riding after getting his driver’s license at age 14. He began taking part in enduros after graduating from high school in 1946. He competed in enduros and flat track races in Ohio for three years before getting his first taste of racing on the Daytona Beach circuit in 1948. He finished runner-up in the amateur class that year, and the next year claimed his first Daytona 200 victory.

Klamfoth won the Daytona 200 again in 1951 and in 1952, while scoring a runner-up finish in 1950. His record of three victories stood for more than 45 years before being broken by AMA Hall of Famer Scott Russell.

After finishing fifth in his final appearance in the Daytona 200 in 1964, Klamfoth became a Honda dealership owner and operated the Honda Hills Motocross Complex in Thornville, Ohio. 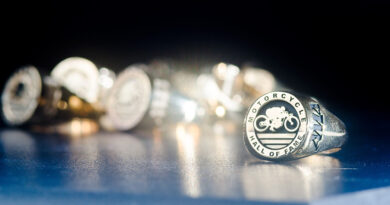 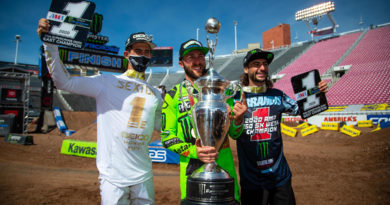 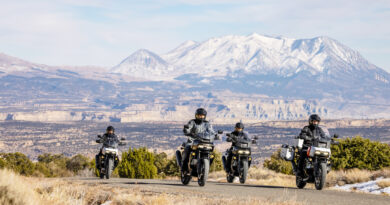