“The U.S. ISDE Team is coming off its best-ever results at the 2019 ISDE, and now it’s time to determine which amateur riders will attempt to repeat that success in Italy in 2020,” AMA Off-Road Racing Manager Erek Kudla said. “The qualifier series test racers in race formats similar to the ISDE, and hopefully one of our Club teams will be able to defend the United States’ Club division title next year.”

The U.S. ISDE team won the World Trophy and Women’s World Trophy championships at the 2019 ISDE, as well as the Club Cup title. The American Junior World Trophy team placed second in its class.

In the 2020 qualifiers, riders receive an overall score for each day of competition and will be ranked by their four highest scores at the end of each series.

Selected riders will be organized into seven three-member U.S. Club teams, which includes the overall top seven riders from each of the two qualifier series, as well as the top 40-plus rider from each qualifier series. Five riders are selected by the AMA ISDE Advisory Committee, which also selects the U.S. ISDE Trophy teams. The seven American Club teams compete alongside the three U.S. ISDE World Trophy teams at the event. 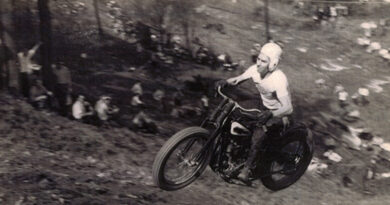