It may sound like science fiction, but in a not-too-distant future it is possible that self-driving technology will make human drivers and motorcyclists a needless complication on the nation’s road, at least in the eyes of automation’s true zealots.

While it’s hard to imagine a world in which drivers are replaced by artificial intelligence, that future might be closer than we think. The Michigan Senate recently passed S.B. 706, which would allow the Michigan Department of Transportation to designate “Automated Vehicle Roadways” and prohibit all other types of vehicles from using those roads. Even if this egregious bill becomes law, it will likely be years before motorcyclists and other non-automated vehicles in Michigan see themselves barred from certain roads. Still, the bill serves as a barometer of where things could be heading.

But there are tech-based threats to motorcyclists today that hit much closer to home, ones already out on the mean streets and available at any car dealership in the country. These are the semi-autonomous or partially-autonomous vehicles.

The limitations of partially- or semi-autonomous vehicles are poorly understood by the public and owners alike. The confusion often stems from deliberate marketing hype overpromising the vehicles’ autonomous potential, their features, and the myriad names and terms manufacturers use for the technology. Claims that sound too good to be true, like self-driving, fully autonomous, etc., should be an immediate red flag.

To clear up any misunderstandings, the Society of Automotive Engineers (SAE) has defined six levels of automation in vehicles, a range that starts at zero and ends at six. Zero designates a vehicle that needs full human control, while six means fully automated, with only a passenger needed to input destination information. Vehicles currently marketed as “self-driving” are rated at a level two, a far cry from the six maximum. Features that position them in level-two territory would be lane-keeping assistance and adaptive cruise control systems working in tandem to control both the speed and lane position of the vehicle.

There are three big problems with this particular level of automation, which automakers, regulators and road safety advocates are only now starting to address. The biggest is that research shows that features like forward-collision warning systems, blind-spot monitoring systems and similar technology have trouble detecting motorcyclists.

The second problem is that these systems, when activated, work in concert to raise the risk of taking a driver away from the physical task of actual driving. This is a major concern, of course, as we know distracted driving kills far too many Americans.

The third problem is the public’s woeful understanding of technology’s limitations, which exacerbates the first two problems.

You simply can’t escape the fact that this type of “self driving” technology contributes to drivers paying less attention to the job at hand. While automakers insist that drivers need to pay full attention while in the driver’s seat, we know from countless examples on YouTube and elsewhere that drivers recklessly or deliberately ignore the stipulation. You can find examples of folks reading, watching videos, playing games, texting — and even sleeping!

Additionally, lane-keeping assistance and adaptive cruise control in level two vehicles are far from perfect, despite the marketing pap. One example of this, which actually resulted in a deadly Tesla crash in 2018, was when the driver had engaged the Autopilot feature and began playing a game on his phone, only for the car to steer into a median, likely following old lane markings that hadn’t been fully removed, leading to a crash that killed the driver.

Or, a pedestrian crossing in an urban environment, which the vehicle fails to register…not to mention vehicles stopped on the side of the road or the flashing lights of emergency vehicles. If a driver is paying attention already, fine and dandy. But if not, seconds matter and distraction can lead to serious injury or fatalities.

A car that does “most” of the driving yet can’t adequately detect motorcyclists, among other road conditions, creates a recipe for disaster. In essence, it creates a distracted-driving environment with a system that encourages complacency. It turns it from “sorry, I didn’t see the motorcycle” to “sorry, my car didn’t see the motorcycle,” with moral obligations thrown out the window.

Thankfully, Secretary of Transportation Pete Buttigieg acknowledged the dangers of misleading “self-driving” marketing when the AMA raised the issue in a recent meeting.

Concerns over drivers misusing these systems, or even the rationale for why they exist, has reached a crescendo.

“Partial automation systems may make long drives seems like less of a burden,” said the President of the Insurance Institute for Highway Safety recently, “but there is no evidence that they make driving safer. In fact, the opposite may be the case if systems lack adequate safeguards.” The AMA and IIHS have not often seen eye-to-eye on motorcycling, but on this we vehemently agree. More must be done to make these vehicles safe for all road users.

Of course, the question remains: Does the current technology even adequately detect or respond to a motorcyclist on the road? Data to answer that question has not been forthcoming and the AMA has been leading the charge in demanding that driver assistance features prove they can perform safely around motorcyclists. The current crop of driver assistance systems will serve as the technological foundation for higher level automation, so it is incredibly important manufacturers get it correct now to protect motorcyclists in the future.

A positive move in this respect is that the Infrastructure Investment and Jobs Act includes provisions for the NHTSA to develop standards for crash avoidance technology (like automatic emergency braking) that are critical in automated vehicles. Once developed, the standards will eventually require automakers to verify that their vehicles can safely interact with all road users, including motorcyclists. Unfortunately, when NHTSA revealed its proposal to update the New Car Assessment Program, the regulator acknowledged the need for this kind of testing – but declined to include it in the program.

It’s doubtful we’ll see automakers stop misinforming consumers with hype of the “latest and greatest” technologies, such as plainly deceptive names like Tesla’s “Autopilot” being a primary example. But strict regulations that require these technologies to accurately identify motorcycles is a long-overdue step in the right direction.

The old adage of “assume every driver doesn’t see you” still applies. Just add, “and their car doesn’t see you, either.” And if you are purchasing a vehicle with this technology, learn exactly what it can and cannot do, the same way you do with your motorcycle.

The AMA’s fight to ensure safety of this technology is more critical now than ever. Subscribe to the AMA’s Action Alerts at AmericanMotorcyclist.com/subscribe-rights to stay informed. 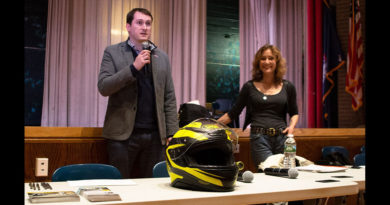 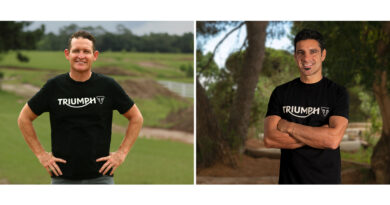 Triumph Motorcycles to Enter into Motocross and Enduro Segments

August 10, 2021 kkotoski Comments Off on Triumph Motorcycles to Enter into Motocross and Enduro Segments 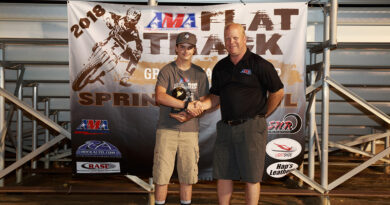