PICKERINGTON, Ohio (July 14, 2021) — The U.S. Court of Federal Appeals for the District of Columbia on July 2 struck down a 2019 rule that allowed for the sale of a 15 percent ethanol gasoline blend during the summer months by concluding that the Trump-era waiver fell out of the administration’s legal jurisdiction.

The American Motorcyclist Association joined the American Petroleum Institute, National Marine Manufacturers Association, Coalition of Fuel Marketers and Citizens Concerned about E15 in a lawsuit against the Environmental Protection Agency citing that fuel blends containing more than the standard 10 percent ethanol sold during summer months violated the Clean Air Act and damaged motorcycle engines and exhaust systems. Additionally, the AMA argues that a lack of clear and strong warnings concerning the risk of E15, or any ethanol blends, at the pump lead to a greater potential of misfuelling.

Although the case was filed in the U.S. Court of Appeals for the D.C. Circuit, it was not an appeal of a lower court’s decisions. The Clean Air Act grants the D.C. Circuit the jurisdiction to challenge final rules under the statute. Three judges on the U.S. Circuit Court of Appeals for the District of Columbia ruled that the EPA change to allow for year-round E15 sales must be dependent on congressional approval, as the Clean Air Act sets out clear regulations governing fuel volatility.

“We’re happy to see the court rule against year-round sales of E15, which would have drastically increased the danger posed by this fuel to motorcyclists,” said the AMA’s Director of Government Relations Michael Sayre. “Even with this victory, there is a long way to go to mitigate the dangers of E15 for our motorcycles, and the AMA will continue to support efforts to improve labeling of E15 and limit this unsafe fuel in the marketplace.”

Sayre added that while newer motorcycle engines are certified to handle a maximum-rated 10 percent blend, ethanol impacts all motorcyclists — as well as any American who owns a boat, chainsaw, lawnmower and other gas-powered consumer products, none of which have been certified for E15.

The court ruled that provisions of the Clean Air Act prohibit the sale of certain fuels with a higher volatility from June 1 through Sept. 15 to limit smog.

“This decision is a win, but it also raises the stakes in the long-running battle between the renewable and petrochemical industries,” Sayre said. “We expect pro-ethanol members of Congress to introduce legislation to allow for the year-round sale of E15 and even now the EPA is considering regulatory changes to further weaken or eliminate the existing E15 warning label. The AMA will continue to be vigilant and advocate for safe fuels for our motorcycles.”

The AMA opposes further expansion of E15 fuel in the marketplace, as none of the estimated 22 million motorcycles and all-terrain vehicles in use in the United States are approved by the EPA to operate on ethanol blends higher than 10 percent. Using higher-ethanol blends in those vehicles is illegal and may cause engine and fuel system damage and void the manufacturer’s warranty.

Current misfuelling mitigation efforts have never adequately informed consumers of the risk of E15 to their vehicles and some retailers have begun to market E15 fuel as Unleaded 88, only compounding the confusion for the average consumer. Owners of older and vintage machines that require ethanol-free fuel are also threatened by more ethanol being blended into the nation’s fuel supply as it reduces access to the fuel required to safely run their motorcycles and ATVs.

For these reasons, the AMA will continue to push for improved labeling to warn consumers about the dangers of E15 and for access to safe fuel for our motorcycles and ATVs. 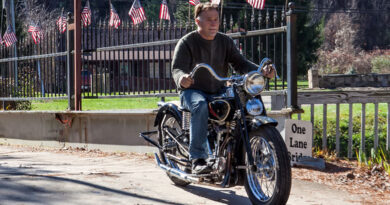 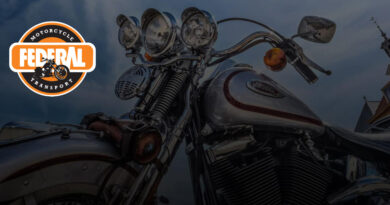 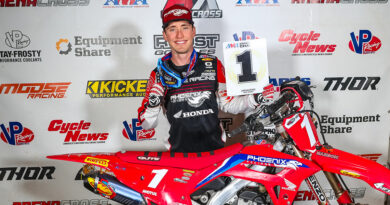