Cross country or hare scrambles races are off-road competition events. Unlike an enduro, all riders in a single class start on the same row, and the event is an all-out race to the finish. They are conducted on several-mile-long marked courses through woods or desert and over rugged natural terrain. The racers keep doing laps on the course until the leader either completes a pre-determined number of laps or has raced for a pre-determined amount of time, usually two hours. Competitive riders not only need to be fast, but also physically fit enough to maintain a race pace for hours.

Cross country or hare scrambles races can include tight woods, big hills and field sections. Although similar in terrain, in general they are more open than a typical enduro.

Grand prix races are a variation on the cross country format. Popular in the Midwest, they are usually shorter, more open and faster than cross country races or hare scrambles. Most grand prix races run for 45 minutes and run different sessions for similar classes. This allows riders to compete in multiple classes, unlike cross country events, where all classes run simultaneously.

The country’s top cross country championship is the AMA-sanctioned Grand National Cross Country, or GNCC, series. GNCCs are major events, with broad support from the motorcycle industry, fans and racers. They attract not only top local talent, but the fastest off-road racers in the country. The courses are challenging, fast and fun, while the events themselves are known for exceptional organization that the keep riders coming back year after year.

Riders who win their class in the GNCC series win an AMA National No. 1 plate, with the top riders earning the right to call themselves the fastest cross country racers in America.

To learn more about GNCC racing, to find and event near you and to sign up to race, see www.gnccracing.com.

amaeastharescrambles.com
The AMA East Hare Scrambles Championship Series is an 11-round series throughout the East Coast and the Mid West that includes youth and amateur racing. Click the link above to view the series website for the schedule, series standings and additional information.

www.westharescramble.com
The AMA West Hare Scrambles Championship Series is an 8-round series throughout California and Nevada that includes youth, ATV and amateur racing. Click the link above to view the series website for the schedule and additional information.

nyoa.net
The Western New York Off-Road Association Championship is a 2018 AMA Featured Series. The WNYOA won the 2017 AMA ATV Promoter of the Year award, and is known for its professionally organized events and stacked competition. The WNYOA series features bikes, ATV’s and Youth classes in some of the best racing in the Northeast Region. The series is also co-sanctioned with two rounds of the AMA Grand National Cross Country Series and two AMA East Hare Scramble rounds.

www.mideastracing.com
The Mid East Racing series is a 2018 AMA Featured Series. Its two-day event format feature hare scrambles varying from one to three hours in length at venues in the Carolinas. Its events feature classes for bikes, ATVs, and youth.

www.vxcs.website
The Virginia Cross Country Series is a 2018 AMA Featured Series. Having grown to eight rounds for the 2018 season, the series holds events at venues in Virginia and North Carolina for off-road competitors of all skills levels. Its events feature classes for bikes and ATVs. The series is co-sanctioned with the AMA East Hare Scramble Championship series.

AMA State Championships crown the top riders from their individual states in the field of Enduro competition. The races compete through the woods, deserts, mountains, plains and all the incredible off-road terrain this country has to offer.

www.amraracing.com
Vie for the chance to be crowned the number one rider in Arizona! Hosted by the Arizona Motorcycle Riders Association, The Arizona Off-Road State Championship offters both Hare Scramble and Enduro formats over some of the most diverse terrain the United States has to offer.

The AMA sanctions more motorsports competition than any other organization in the world. Join us today

January 13, 2019 Test Account Comments Off on Why Racers Join 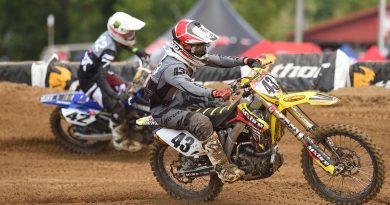 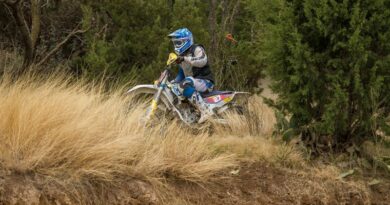 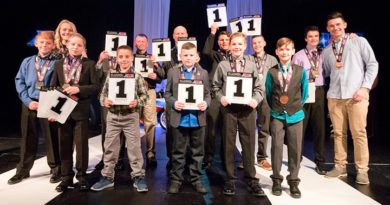