Esports, which is short for electronic sports, describes the world of organized, competitive videogame tournaments. In the case of motorcycle racing, it involves racing competition that takes place in a virtual environment.

Esports open opportunities to more women and minorities to get involved in motorcycle racing at a grassroots level. It also offers a way for individuals to race with family and friends, no matter their physical condition. Competitors also have a chance to be featured on ESTV, the global esports TV channel. 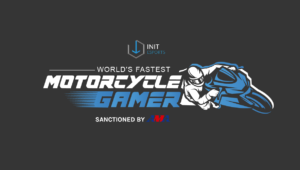 In January 2022, the AMA aligned with the digital world and began sanctioning esports competition, launching — alongside promoter Init Esports — the first World’s Fastest Motorcycle Gamer Challenge. Together, the AMA and Init Esports worked to develop the rules, structure and fairness of play for the competition, now recognizing it as an AMA discipline. An AMA National No. 1 plate will be awarded to the winner of the challenge.

How to Get Started

RiMS Racing, by NACON and Italian studio RaceWard, is the street bike simulation game that serves as the platform for the competition. It’s available for PC, Xbox and PS4/5. It’s possible to ride and train with the game, then apply what’s learned on the track in competition.

To compete to become the first AMA Esports champion, players must not only purchase a copy of the game, but also an AMA Esports license.

For rules and registration (including acquiring an AMA Esports license) please go to initesports.gg.