Following up on a sensational inaugural 2021 American Flat Track season, Turner Racing has enlisted an All-Star squad of riders in its hunt for a championship ring.

The talented Gauthier returns to AFT Singles duty following two seasons aboard twins and is widely regarded for his elite skills on the dirt track.

“I’m very excited to be back in AFT Singles… Honda is such a prestigious brand, it’s really a dream come true to come to the team and get to work with these guys. They want nothing but to win, and I love that,” Gauthier said in a press release.

Mischler, a fan favorite who finished third in the 2021 championship, said he is excited to step up to a factory supported effort for the 2022 season.

“My goal is to put the bike up front where it belongs,” he said.

After being identified as one of the future stars of the sport with the Nicky Hayden AMA Horizon Award, 16-year-old Saathoff will make his highly anticipated professional debut as a factory racer.

“Riding for factory Honda is an opportunity of a lifetime. I am so very fortunate to start off my professional career on such an awesome team. My goals for my rookie season are to make some Mains and maybe even get on the podium,” he said.

Bryan Bigelow returns as Racing Manager of the team and is joined by three-time AMA Grand National Champion Kenny Coolbeth, who will serve as both Rider Coach and Race Day Technician.

“Bryan’s role has been an integral part of our program, and we wouldn’t be able to do what we do without him leading our team. And the addition of Kenny Coolbeth is huge. As a former champion and team owner, Kenny brings a wealth of information and experience,” said team owner Mike Turner.

“I really think we have the best team. Everyone has the same goal, and that is a really good start,” said Coolbeth.

Besides the team’s new lineup, Turner Racing has also partnered with Mission Foods as well as retaining sponsors that include American Honda and Progressive Insurance, which all hold multi-year deals. With the partnership, the official branding of the team is Turner Racing Honda powered by Progressive and fueled by Mission Foods. 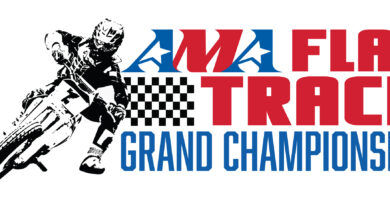 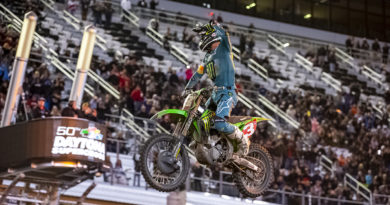