“Despite numerous naysayers and doubters of last year’s inaugural King of the Baggers race, it proved to be a massive success and the ultimate proving ground for the Indian Challenger, and we’re excited to be a part of it again in 2021,” said Gary Gray, Vice President – Racing, Technology and Service for Indian Motorcycle.

This was no better evidenced than at the inaugural King of the Baggers last October where the two Indian Challenger entries finished first and third in a field that featured 13 Harley-Davidson baggers.

After finishing in the middle of the pack at the inaugural King of the Baggers, Saddlemen came to the age-old conclusion, “if you can’t beat ‘em, join ‘em.”

The team enters the 2021 bagger racing season, discarding its Harley-Davidson Road Glide in favor of the reigning king, the Indian Challenger. To pilot the new race-ready bagger, Saddlemen called upon the highly-skilled Patricia Fernandez. Dubbed “the world’s fastest female road racer,” Fernandez will be the only female rider in the field.

“After seeing so much excitement around the inaugural race last year and hearing the news of an extended series in 2021, I couldn’t help thinking how cool it would be for a queen to be the King of the Baggers,” said Fernandez. “Thankfully, my friends at Saddlemen stepped up to give me the opportunity, and I could not be more excited to throw a leg over the Saddlemen Indian Challenger and show the world what I’m capable of.”

July 14, 2021 kkotoski Comments Off on LiveWire ONE Debuts with a $10k Price Cut
News

July 13, 2021 kkotoski Comments Off on Ashes to Asphalt 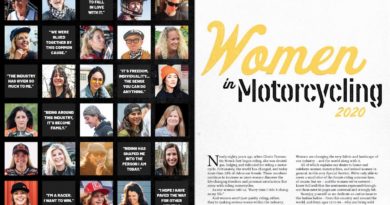 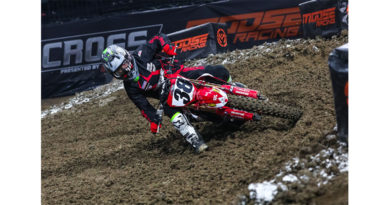