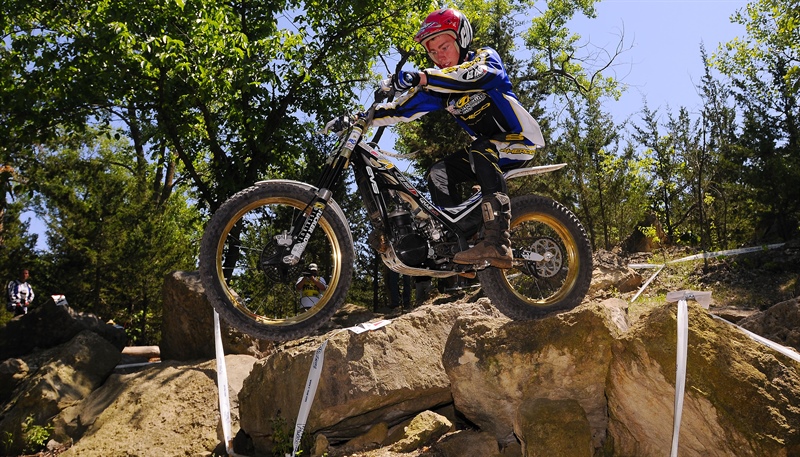 MotoTrials, also called observed trials, is not only one of the oldest forms of motorcycle competition. It also is one of the best disciplines for developing safe, well-rounded riding skills that can make you a better racer in everything from motocross to road racing.

MotoTrials puts no premium on speed whatsoever. The winner is simply the most skilled and (sometimes) luckiest rider on a particular course. The format is relatively simple. Trials competitors must negotiate individual sections of extremely difficult terrain without putting their feet down. Penalty points are assessed for mistakes, and the rider with the lowest overall score at the end of the day wins.

Some of the sections for advanced riders are so difficult, it’s hard to imagine a mountain goat traversing them, much less a rider on two wheels. The top rung of the sport in the United States is the AMA/NATC National Observed Trials Championships.

The AMA partners with the North American Trials Council for the national MotoTrials championship. The AMA and the NATC have worked together since 1974 to establish and grow the sport of trials in the United States. The relationship has worked exceptionally well over the years, with the AMA providing national governance and a connection to world-level competition as the U.S. affiliate of the Federation Internationale de Motocyclisme, the world governing body for motorcycle sport, and the NATC contributing discipline-level expertise and close cooperation with trials clubs around the country.

The first AMA/NATC MotoTrials National Championship Series was held in 1974. It was won by Lane Leavitt. Other early champions were Marland Whaley, Curt Comer and Bernie Schreiber.

The series continues to thrive today, bolstered by a vibrant youth community and a dedicated group of volunteers, clubs, supporters and sponsors. For the current series schedule, see www.mototrials.com.

Youth riders have a lot of support in the sport of trials. In addition to youth classes at the national rounds (typically held the day before the adult classes), the AMA and the youth-competition arm of the NATC, the U.S. Youth Trials Riders Association, organize the AMA/NATC East and West Youth Trials Championships.

Motorcycle competition isn’t always about getting from Point A to Point B the quickest. One of the more popular disciplines that puts a…

June 4, 2019 AMA Comments Off on Getting Started In Riding