Brandon Paasch takes second straight win at the 80th running of the Daytona 200 by just .007 of a second

The Daytona 200 has a truly storied history, one that connects the sandy beach competition of the pre- and post-war years to the glory years of the 1960s, ‘70s and ‘80s, with names like Nixon, Mann, Romero, Roberts, Lawson, Spencer, Rainey, Russell and many more. TOBC Racing’s Brandon Paasch (No. 96 added to that history on Saturday, March 12, when he took his second straight win in the 200-miler at Daytona International Speedway.

Aboard his Triumph Speed Triple RS, the 20-year-old had just enough to grab the victory, his second in two years. While he excited the chicane in fourth place, he made all the right moves during that final mile of racetrack, with a dramatic, double-draft pass on both Cameron Petersen and Sheridan Morais right at the stripe, winning by a mere 0.007 of a second.

Throughout the race, Paasch spent most of his time near the back of the lead group. At his final pit stop, the team decided the only way to be in position to achieve victory was to take on fuel without changing tires. And so, with a fast — and partial — pit stop behind him, he found himself right behind Squid Hunter’s Josh Hayes and SYNTAINICS Racing’s Morais. The two were battling over second, quickly catching up to Attack Performance Yamaha’s Petersen, and suddenly there was a four-rider race to the finish. And it was the man at the back — Paasch — who got to the front when it counted to take the checkers.

“Honestly, I wasn’t sure the whole time,” Paasch said afterward. “There were a few times I did try to draft them, and I couldn’t get past. I was a little bit nervous, and I was like, ‘well, as long as we’re in the fight at the end, there’s nothing you can do about it.’ It’s Daytona. We didn’t change the tire at the second pit stop, so I was a little bit nervous about the tire wear. I saw Cam (Petersen) had a pretty big gap, so I was just sitting behind Sheridan (Morais) and Josh (Hayes)… Then I see Cam coming closer and closer and I just wait, just wait. Keep saving the tires as much as I can through that last lap. When Sheridan and everybody started rolling out of the gap, I was a little bit like, ‘I don’t know where to put myself,’ but I saw Hayes was up high, so I kind of cut below him. I was like, I’m in a prime spot. I’m behind the front two boys. Once they went, I was like, ‘game time’. The Triumph pulls really hard when you go to the gas. So, I knew I was maybe going to have a chance at picking up mile per hour a little bit quicker than them guys. Just perfect. Just like last year.”

Paasch crossed the finish line just .007 of a second before Petersen, with Morais another .057 of a second behind, and Hayes in fourth. Throughout the race, Paasch’s average speed was 113.162mph, and he also had the race’s fastest lap time of 1:49.959.

Paasch’s win gave Triumph its fourth Daytona 200 victory, and was the first for the brand since TOBC Triumph’s Danny Eslick won back in 2014.

“This one is great, to be honest,” Paasch said. “(Josh) Herrin was on Instagram saying I’m not in his league, and then to come out here and beat him was really good for me. 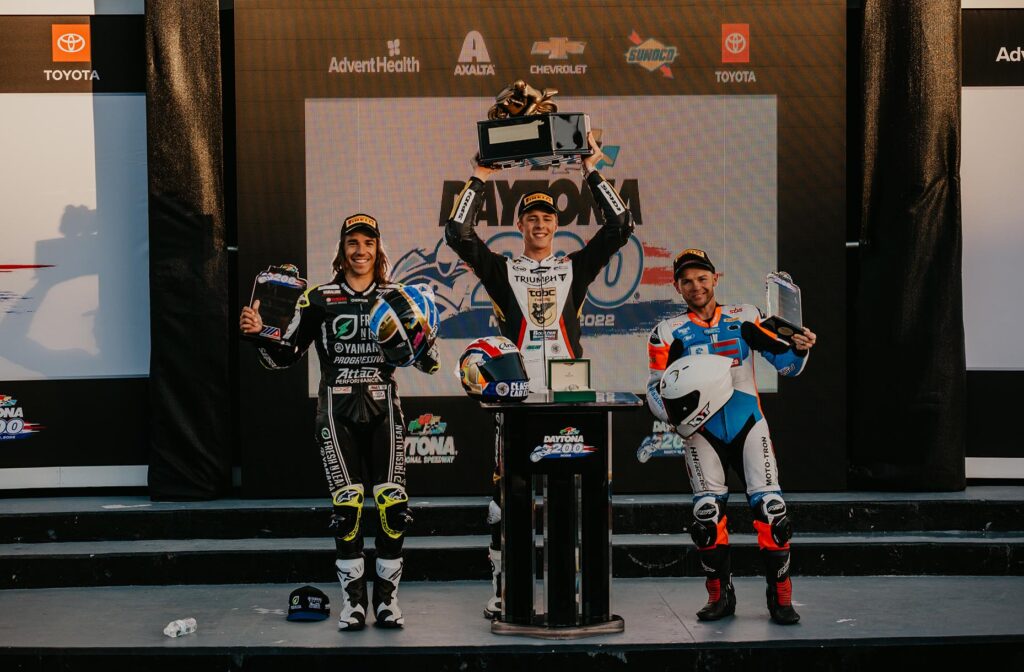 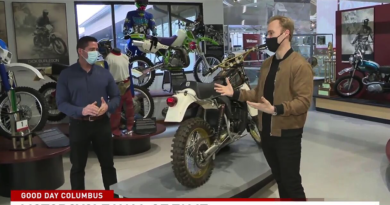 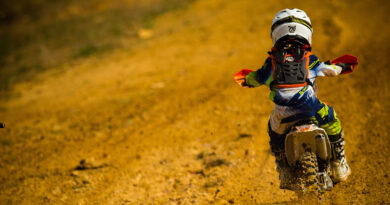 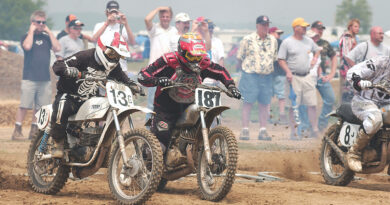 May 12, 2021 jburgess Comments Off on An AMA Vintage Motorcycle Days Motocross Flashback