While celebrating Mother’s Day, we can’t help but think about a woman who’s long been dubbed the matriarch of the women’s motorcycling community: Gloria Tramontin Struck. At nearly 97 years old, she’s not only witnessed motorcycling’s incredible first century, but lived it herself, riding nearly 700,000 miles around the country since she started riding at age 16.

Gloria was born in Clifton, N.J. in 1925 to Ernest and Pierina Tramontin, and the first years of her life were spent in a small apartment attached to the back of Lexington Cycle, her parents’ bicycle and motorcycle shop. Sadly, when Gloria was only 3, a left-turning car struck her father while riding his motorcycling, and he passed away of gangrene poisoning.

Through the Depression, the family kept their shop open, and soon it transformed into an Indian Motorcycle dealership. While Gloria grew up in the motorcycle shop, she was shy and timid and had never dreamed about learning to ride, but her brother Arthur was determined she’d learn.

According to Gloria, “Even though I said, ‘no way,’ [my brother] won the argument. I ended up riding a ’31 Indian Scout in a field.”

And she never stopped riding!

“I was a very shy, quiet, meek person,” she said, “[My brother] didn’t take no for an answer. I have him to thank for [80] years of riding. It changed my life — and I’m certainly not shy anymore.” 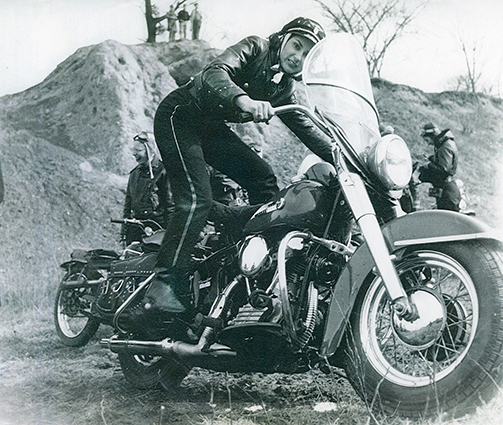 Gloria’s first bike was a shaft-drive, army-spec, camo-green Indian, which she sold just a few years later for a ’41 Indian Scout. In ’46 she joined the Motor Maids, and she was riding anywhere and everywhere.

Her first big motorcycle trip took place in 1950 when she went to meet Marion Oler, a fellow Motor Maid. She rode the 1800 miles to Canada and back, and that was the moment she became hooked on motorcycling touring.

“It wasn’t really proper [back then] for a woman to be riding a motorcycle,” Gloria explained. “I’ve been refused gas and a room and called names. Today…there’s no stigma against women riding.”

Through the years Gloria got married, raised two children and worked for 44 years as an Avon Cosmetics representative, but she never stopped riding and touring and enjoying the motorcycle lifestyle. And over her almost-97 years she’s made friends across the country, inspired thousands — both men and women — won awards, and was even inducted to the AMA Motorcycle Hall of Fame in 2016.

“I think I inspire,” Gloria said around the time of her induction. “So many people tell me that.”

And it’s true! She’s inspired women across the country, and the world, to enjoy a life on two wheels. So as we take the time to celebrate our mothers, we’re celebrating the always-inspiring matriarch of motorcycling. Happy Mother’s Day, Gloria! 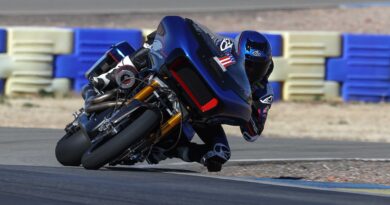 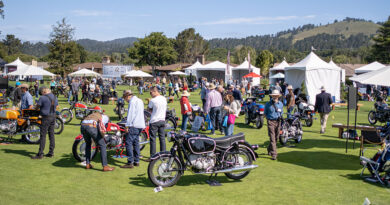 The Return of The Quail

April 20, 2022 Joy Burgess Comments Off on The Return of The Quail 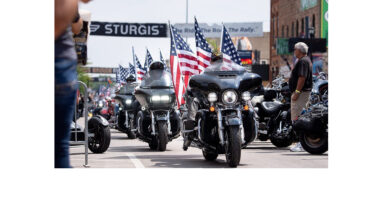