Few families in the motorcycle racing community can leave such lasting legacies. But Earl Hayden, who died Wednesday at the age of 74 after a long battle with cancer, built a foundation that produced three of the most popular and successful multidisciplined motorcycle racers of the past generation.

As the patriarch of the Hayden motorcycle family, Earl was one of the most loved and admired figures in motorsports. His loss will be deeply felt by fans, racers and the industry, and the AMA offers its deepest condolences to the Hayden family and friends.

“Earl Hayden was one of the very best examples of the ‘racing parent’ — along with wife Rose, of course,” said AMA Editorial Director Mitch Boehm. “He and Rose gave those kids as much opportunity to excel as they could, and they certainly took advantage of it. Earl will be greatly missed, just as Nicky is…”

Earl was born in Newman, Ky. on March 27, 1947, and bought his first motorcycle while in high school. He later went on to open a Honda shop with a friend in Owensboro, Ky. In 1976, he married Rose Marie Kamuf and pursued a dirt track racing career for 20 years.

The couple raised five children (Tommy, Jenny, Nicky, Roger Lee and Kathleen) with four of them becoming renowned racers that made the family a household name.

Earl and Rose built a dirt track on their property so the children could start riding and racing at a young age. First was Tommy, who started competing before the age of 3, followed by Jenny, Nicky, Roger Lee and Kathleen.

While Jenny and Kathleen shifted to other sports despite showing a natural skill for racing, Tommy, Nicky and Roger Lee all turned pro at the age of 16.

In 2006, Nicky was crowned MotoGP World Champion, placing the family on the world stage.

Nicky was the first winner of the AMA Horizon Award that recognizes amateur competitors who are poised for greatness. Following Nicky’s tragic death in 2017 while bicycling in Italy, the AMA renamed its award to the AMA Nicky Hayden Horizon Award.

In 2010, Earl was diagnosed with throat cancer. In 2014, he released The First Family of Racing, a book that chronicles the Hayden family, their faith, traditions and racing careers.

Earl was passionate about his faith and was a long-time member of Precious Blood Catholic Church. He also helped mentor many young racers and was generous in charitable works that included the St. Joseph Peace Mission, The Hayden Home for Girls and The Nicky Hayden Apartments.

Earl is survived by his wife Rose, sons Tommy and Roger, daughters Jenny and Kathleen, and several grandchildren. 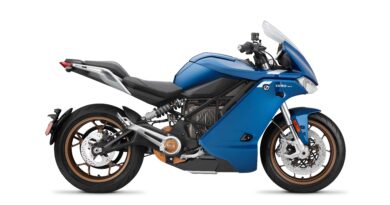 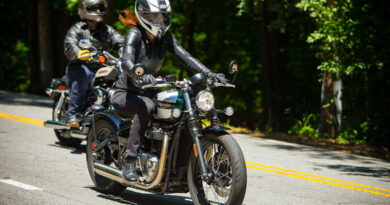 American Motorcyclist Association thanks American veterans for their service, sacrifice

November 10, 2020 Jim Witters Comments Off on American Motorcyclist Association thanks American veterans for their service, sacrifice