Training Champions: The Next Step

Think about this: nearly every organized sport has a recognized coaching-certification organization to go along with it. These organizations provide standards coaches must meet to train student, collegiate and professional athletes and certifications to keep training consistent.

But motorcycling hasn’t had that…until now.

Nationally recognized certification for coaches seems like a given, but unfortunately for motorcycle athletes across different disciplines and at various skill levels, it has long been treated as an afterthought. The United States Motorcycle Coaching Association (USMCA) stepped in to change that back in 2016 by establishing a curriculum, certification, and code of conduct, and creating an organization with the mission of “building a nationwide network of coaches, certifying and empowering coaches to represent the best the industry has to offer, and collaborating with key industry partners to accelerate [their] impact.”

And now, the AMA and USMCA have partnered to help grow competition-oriented training. By utilizing each other’s nationwide network, industry ties and grassroots support, the agreement lays the foundation for increasing the availability of competition-based riding training using certified coaches to meet the growing demand of athletes and to inspire new ones.

“This effort will foster the development of competitive racers across numerous AMA-sanctioned disciplines, while giving them a resource to continually master new skills,” said AMA Director of Racing Mike Pelletier. “The result will be more competitors, and more confident competitors, enjoying the motorcycle lifestyle.”

Under the agreement, all current AMA-sanctioned competition schools will need to have a USMCA certified coach starting in 2022, while current USMCA coaches are given the opportunity to become AMA sanctioned while also encouraging and supporting AMA membership growth.

While the AMA has a long legacy as a sanctioning body for competitive racing, the USMCA is relatively new on the scene and was formed out of a clear necessity to attract budding athletes or those that want to hone their skills, according to USMCA President Christy LaCurelle.

The genesis of the organization dates to the mid-2010s when she spearheaded an effort at KTM to introduce motocross back into the high school offerings of club sports. After finding a high school in Riverside, Calif. that had a motocross club, KTM approached the school to develop a partnership that would set up a recognized sport program. But the effort hit a wall when the school board failed to approve it because there was no coaching certification body that could validate a coach’s credentials.

“When they told us they couldn’t proceed because one of the most basic national accreditation components was missing, we asked ourselves, ‘How come our industry doesn’t have [coaching certification]?’ It really was a failure of the sport to not have a way to tell parents or riders that coaches have passed some sort of safety check, a background check, have CPR training, first aid skills and have proven their motorcycling competency,” LaCurelle told American Motorcyclist. 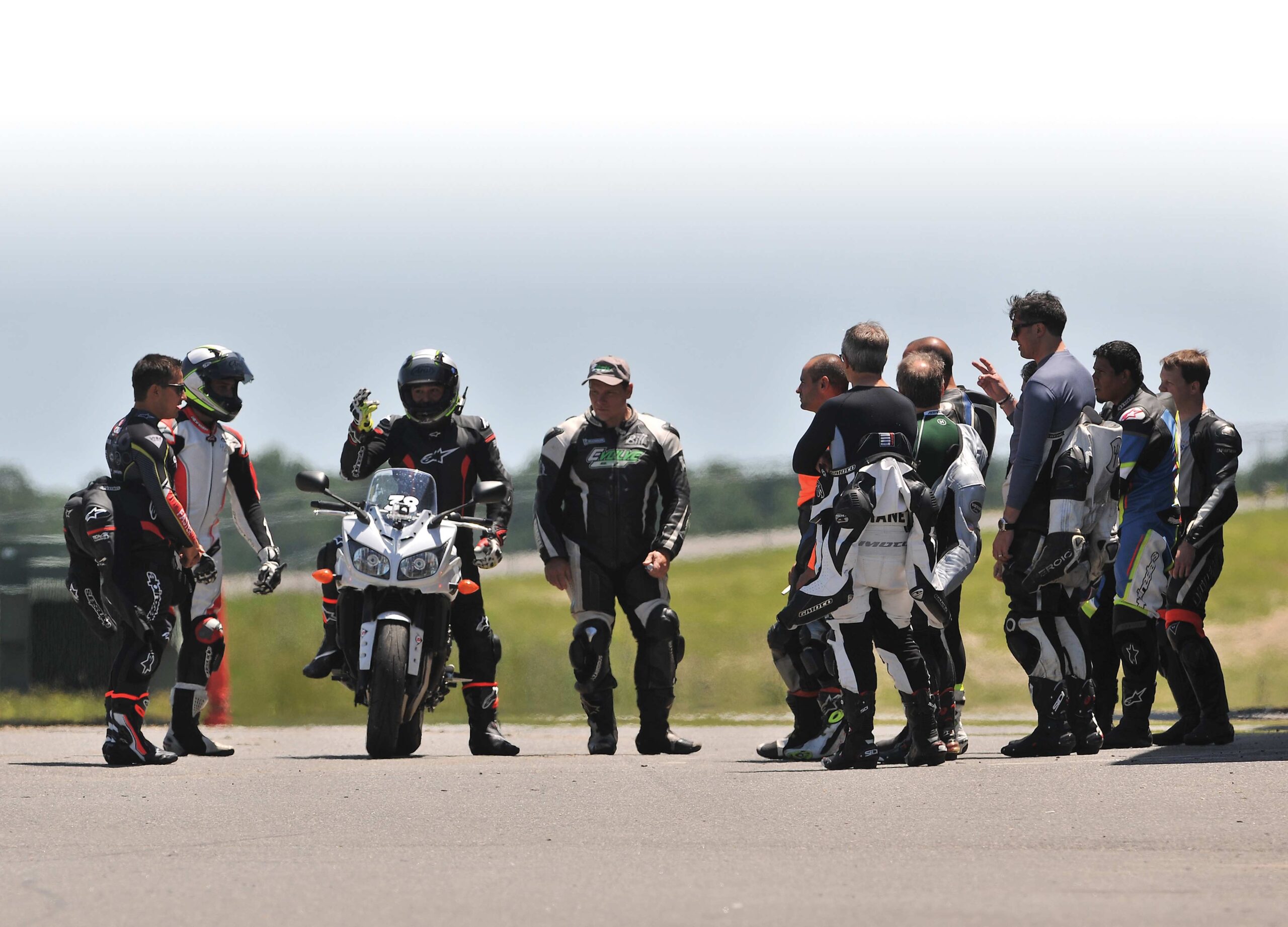 At about the same time the program sputtered, then head of KTM North America Jon-Erik Burleson was running into his own frustrations trying to find coaching for his kids. Sure, there were plenty of elite coaches, but he struggled to find the resources the average parent would need.

“The two things just came together at the right moment,” said LaCurelle, “and we started working on a curriculum and how to establish a certification system and code of conduct by seeking the advice of the ski and snowboard industry. We needed to learn from them, otherwise like them it would have taken 20 years to get it all worked out and have a recognized organization.”

In 2016, USMCA was formerly launched by founding board members Burleson, AMA Motorcycle Hall of Famer — and ex-Victory Motorcycle CEO — Mark Blackwell and former Supercross champion and AMA Hall of Famer Jeff Emig. Fast-forward to 2022 and the non-profit, membership-based organization has 300 active certified coaches across 43 states and Puerto Rico.

“After the COVID pandemic started we definitely increased our exposure,” said LaCurelle. “We have had hundreds and hundreds of training requests throughout 2021, and with the AMA partnership we can help our coaches get their competition schools AMA sanctioned to attract more athletes.”

The value of the partnership can’t be understated, LaCurelle added, especially seeing the recent surge in motorcycle sales as adults and parents have sought out alternative ways to recreate as pandemic-related restrictions lingered.

“With the boom in sales,” she said, “we are seeing it as a way to help retain riders — and make sure they don’t have bad experiences [so they] become lifelong motorcyclists — which also is a primary AMA mission.” 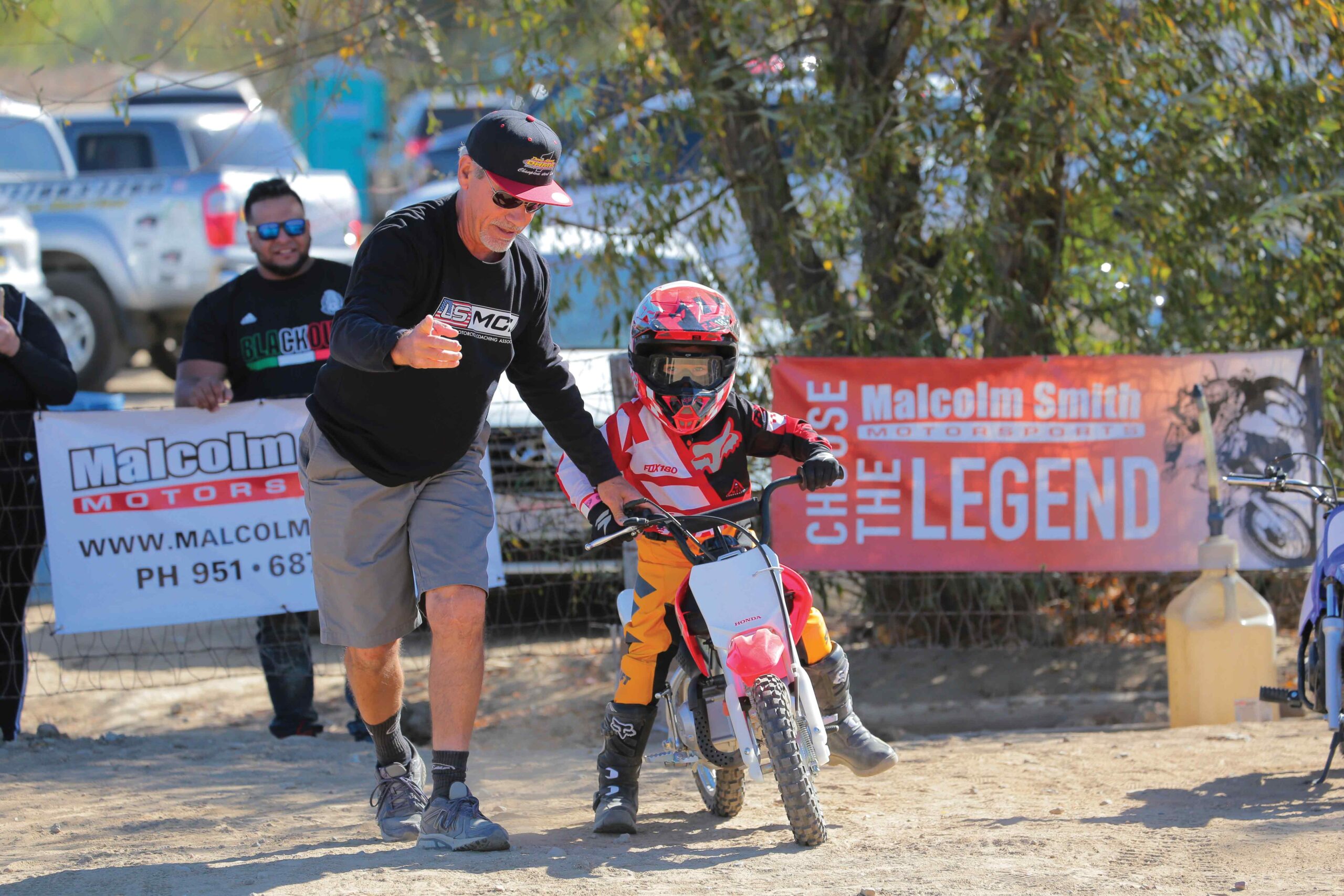 Kalyn Benaroya, owner of Oregon-based DIRTastic, has been a USMCA certified coach since 2018 and appreciates the benefits of attracting clients. Through USMCA she’s also learned non-riding skills essential to handling potential emergencies. “Dirt bike racing is one of the few sports that people don’t have easy access to coaches and equipment,” Benaroya said. “Besides their curriculum, the emergency skills I’ve learned through USMCA, such as CPR, are a huge benefit.”

Dylan Code of the renowned California SuperBike School is one of longest-certified USMCA coaches, as he signed up shortly after the organization launched.

“Nobody gets rich off coaching,” he said. “We do it because good people like to help good people, and sharing the excitement is the most rewarding aspect for coaches. That payoff is what helps promote the health of the industry and keeps athletes attracted to our sport.”

To learn more visit usmca.org and to connect with coaches nationwide, visit motorcyclecoaching.org and download their new mobile app, available on iOS and Google Play. Also look for the launch of the AMA’s dedicated website page to help link AMA members with USMCA coaches.

This article originally was published in the February issue of American Motorcyclist. 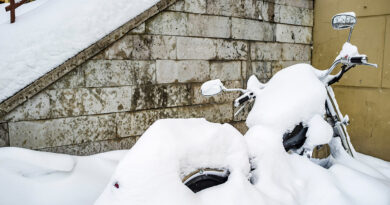 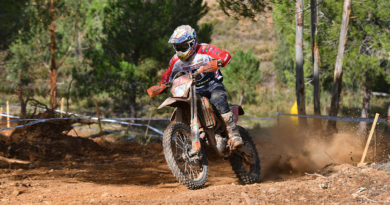 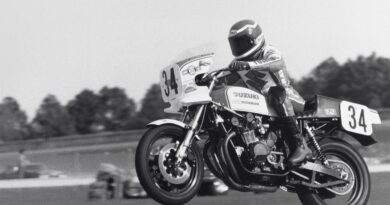